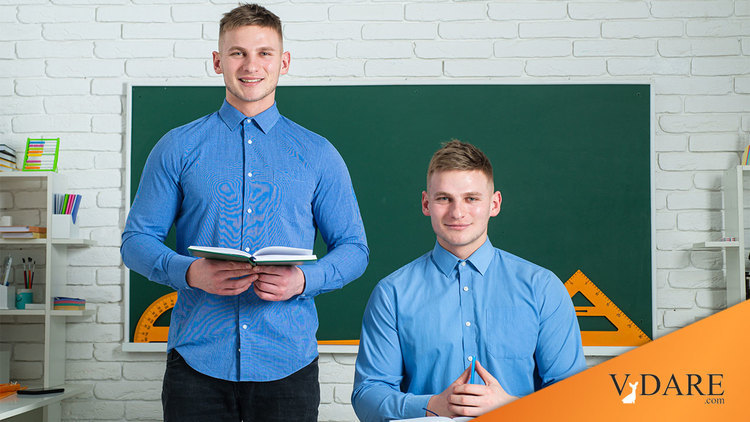 Your ability to control thought and behavior relative to your peers - a set of capacities known as "executive functions" - is almost entirely genetic in origin, according to a newly in-press paper from Friedman et al. Over 560 twins completed tests to measure fundamental components of these executive functions, and the results were analyzed in terms of how similar identical twins performed to one another relative to fraternal twins (all twins in the study were reared together). Astonishingly, the results show that the variance common to all executive functions is correlated roughly twice as much between identical twins as between fraternal twins, and that individual variance in executive function falls directly in line with what would be expected from a perfectly heritable trait.

The results from this approach are jaw-dropping: variance shared among each variety of executive function (inhibition, updating, and shifting) is nearly perfectly heritable: the contribution of the "A" component to those correlations is 99%. This heritable variance in the common executive function predicts nearly all of the genetic variance in the inhibition factor, consistent with the idea that those constructs are isomorphic from a heritability standpoint. Second, genetic influences on updating and shifting were roughly half due to the common executive function (43% and 44%, respectively) and half due to unique genetic influences (56% and 42%, respectively). Thus, the overall picture is that executive functions, in both their unity and diversity, are somewhere between 86 to 100% heritable.

Furthermore, Friedman et al. integrated measures of general intelligence ("g", estimated through the WAIS IQ test) and perceptual speed (essentially the speed with which subjects can complete very simple tasks) to show that the genetic contribution to executive function is not completely explained by genetic contributions to those more commonly-studied abilities. This is consistent with previous work showing that IQ is only moderately heritable (with 50-70% of variance explained due to genetic factors, far short of the 99% explained here). [More]