We text pundits tend to be the opposite of Dorian Gray. As we decay dismayingly in the flesh, the headshots over our columns remain as youthful as the day they were shot (typically about a decade ago). 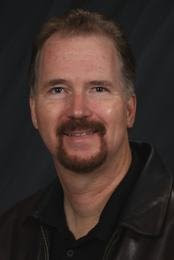 Anyway, I finally got my hair cut and ten hours of sleep, so, I figured that this was as good as it's going to get, and I got my picture taken over the weekend. I suppose I should have somebody Photoshop it a little, but, all in all, it came out okay.

In contrast, here's the smaller, less-high def 2000 headshot of me at 41 that I had used for years. I'm not really the redhead I looked in that shot — we were just using old-fashioned print film in a room lit by incandescent lightbulbs (I didn't want any flashbulbs to show off my wrinkles), which gave a pleasantly warm but unrealistic glow to the color tone.

while aging 40 years, I'd say, overall, I've got nothing to complain about. It's been a healthy, happy decade for me, much of which I owe to you, my readers, editors, and patrons. Copyright photos by Steve Sailer 2008 and 2000