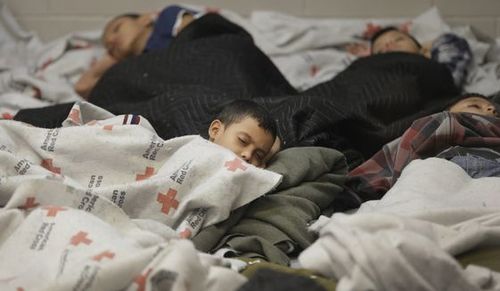 In the Washington Times, we hear the latest from the Party of Thomas Jefferson and Andrew Jackson:

Dozens of congressional Democrats asked federal health officials Monday to take extra steps to protect gay illegal immigrant children from abuse while they’re in custody, including ensuring that transgender children are housed with the sex they identify as.

Saying reports of mistreatment “continue to emerge” from federal facilities, the lawmakers asked the Health and Human Services Department’s Office of Refugee Resettlement to improve care for the tens of thousands of illegal immigrant children who streamed across the border over the last year, and who are still coming, though in smaller numbers.

“We request ORR to work with providers to ensure that LGBT unaccompanied minors receive affirming and culturally competent care, that placement and housing assignments for transgender youth are consistent with their gender identity, and that appropriate preventative measures and response systems are in place to address incidents of sexual assault as mandated by law,” said the lawmakers, led by Rep. Raul Grijalva, Arizona Democrat.