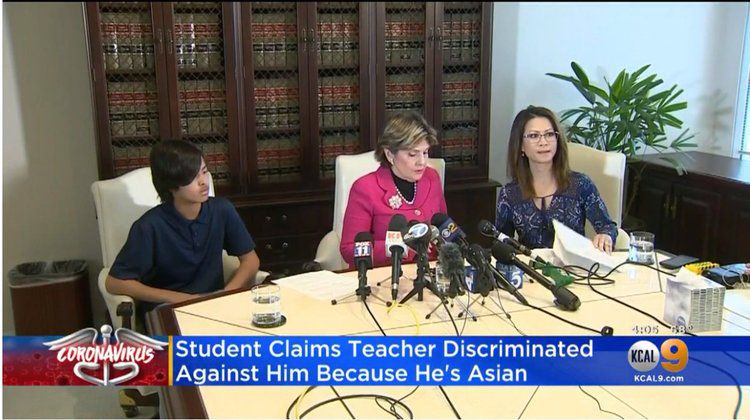 Never Fear, Gloria Allred Is Tirelessly Suing Over A Teacher Sending A Coughing Asian Student To The Nurse

Life in North Hollywood remains full of interest. From the Los Angeles Times:

Amid coronavirus outbreak, Vietnamese American student alleges teacher singled him out for coughing in class

Amid worries about the global coronavirus outbreak, a 13-year-old Vietnamese American student at Walter Reed Middle School in North Hollywood is alleging that he was singled out by his teacher — and ultimately forced to transfer classes — after coughing in his honors science class.

The student, eighth-grader Dylan Muriano, said his teacher sent him to the nurse’s office in early February after he coughed as a result of swallowing water. Muriano said that the unnamed teacher refused to answer when he asked whether it was because he is Asian.

The teacher subsequently sent him to the dean’s or principal’s office multiple times, said attorney Gloria Allred, who is filing a complaint on Muriano’s behalf with the civil rights office of the U.S. Department of Education.

I don't support the socalled racial reactions to this event. However, if the kid said he coughed after drinking water then why react?
You don'tsend a kid to a nurse for a couple of coughs. If teacher did do that he’s an idiot. But if the kid was coughing on & off the whole lesson then a visit to the nurse should be legitimate.

Americans in positions of authority are likely going to have to make a whole bunch of judgment calls over the coming months. We probably won’t have time for the Gloria Allreds of America to turn each one into a federal case.