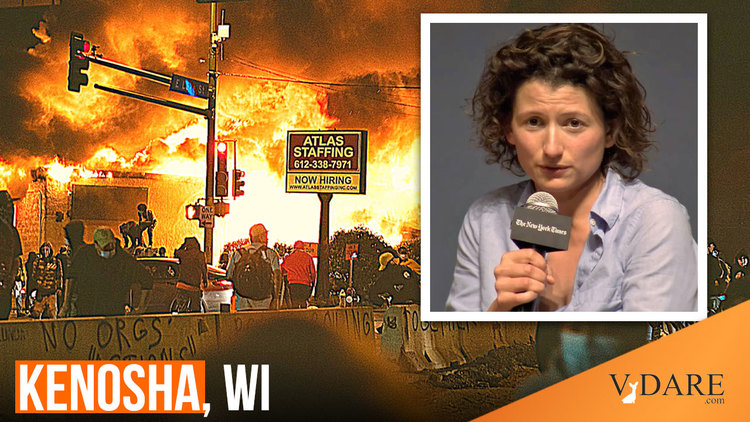 A note on Kenosha in light of the Kyle Rittenhouse trial: Until quite recently, the mainstream liberal argument was that burning down businesses for racial justice was both good and healthy. Burnings allowed for the expression of righteous rage, and the businesses all had insurance to rebuild.

When I was at the New York Times, I went to Kenosha to see about this, and it turned out to be not true. The part of Kenosha that people burned in the riots was the poor, multi-racial commercial district, full of small, underinsured cell phone shops and car lots. It was very sad to see and to hear from people who had suffered. Beyond the financial loss, small storefronts are quite meaningful to their owners and communities, which continuously baffles the Zoom-class.

Something odd happened with that story after I filed it. It didn’t run. It sat and sat.

Now it could be that the piece was just bad. I’ve sent in bad ones before, and I’ll do it again. A few weeks after I filed, an editor told me: The Times wouldn’t be able to run my Kenosha insurance debacle piece until after the 2020 election, so sorry.

There were a variety of reasons given—space, timing, tweaks here or there.

Eventually the election passed. Biden was in the White House. And my Kenosha story ran.

On Monday, November 9, 2020, 36 hours after the media called the election for Biden. The riots were in late August.

Whatever the reason for holding the piece, covering the suffering after the riots was not a priority. The reality that brought Kyle Rittenhouse into the streets was one we reporters were meant to ignore. …

The Prestige Press’s cover-up of the severity of the BLM/Antifa Mostly Peaceful Protests last year was extraordinarily blatant.