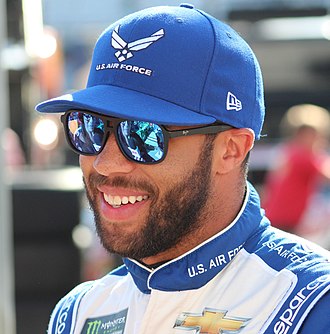 There was a fair amount of national media excitement this weekend over the news that Darrell Wallace, Jr. had won a NASCAR race.

As a Southern Californian, my attention span for auto racing has shrunk to the four seconds it takes a top fuel dragster at the Pomona Winternationals to roar 1,000 feet in a straight line. So I haven’t really been following as closely as I should all the drivers down in Dixie going around and around. And around. (And, I suspect, around some more.)

I’ve been especially lax about keeping up with NASCAR’s minor-league truck-racing circuit on which the 20-year-old Wallace triumphed Saturday. Nevertheless, his victory in Martinsville, Virginia was deemed major-league news because, you see, Wallace is a product of NASCAR’s nine-year-old Drive for Diversity program. He’s the first African American to win even this kind of third-tier NASCAR event since 1963.. ...

The news should raise the question: If it takes so much organized effort in the 21st century for a black to win a small-time NASCAR contest, how in the world did Wendell Scott triumph in a Grand National race a half-century ago, back before diversity awareness?