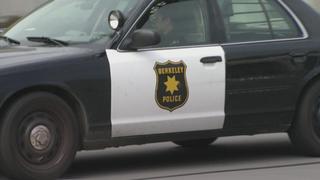 The reality  is that there isn't enough racial profiling going on in the radical city of Berkeley, CA. The well known Communist front group, the National Lawyers Guild (NLG), announced a report on stops by the Berkeley Police Department (BPD) and claimed, to no one's surprise, that the BPD targets blacks in its proactive law enforcement efforts.

A group of Bay Area lawyers on Tuesday came out with harsh accusations against the Berkeley Police Department.

The National Lawyers Guild released data that, its members believe, proves racial profiling in police stops citywide between Jan. 18 and Aug. 12. The information was gathered via a Public Records Act request, according to the guild.

“This data substantiates the concerns expressed by numerous African-Americans about [the Berkeley Police Department] over-policing of the black community in Berkeley,” said Mansour Id-Deen, a longtime community activist and president of the Berkeley NAACP.

According to the United States Census Bureau, 116, 768 people reside in Berkeley. Whites represent roughly 60 percent of the city’s population followed by Asians at 19 percent, Latinos and Hispanics at 10 percent and blacks at 8 percent, the guild said.

Of 4,658 people stopped by Berkeley police, 1,710 were white, 1,423 black and 543 were Latino or Hispanic. So, despite being a minority in the city, blacks were approximately 32 percent of those flagged by police while whites were 38 percent of them, the guild said.

What neither the NLG or the Indian reporter, Rhea Mahbubani said is that Berkeley has a high crime rate compared to its majority white and Asian neighbors. Crime rates in other nearby cities are much lower (Oakland, of course, is an exception) and have lower black populations.  You can read the report from the Bay Area NLG chapter here: Berkeley Police Department Data Reveals Stark Racial Disparities,

More importantly though, using black crime rates for the State of California, black crime is significantly higher than the white crime rate, in both percentages and absolute numbers. Whites, of course, offend in percentages lower than their population, as do Asians. Blacks, and Hispanics, offend at rates multiples of their percentage of the population. The black population of California is about 6%, but the black crime rate ranges from a general rate of 27% of felony arrests, to between 40% to 50% of violent crimes, depending on which specific crime.

So, it is clear that the BPD is doing its job. They are looking for serious felony criminal offenders in the pool of serious criminal offenders. It is the typical lie of the left to accuse BPD of racial profiling, by which they mean the BPD is singling out blacks for no reason, except in the sense that they are profiling because the black community is where the crime is. However, the Communists at the NLG don't want the public to know the color of crime in Berkeley or California. Nor, for some strange reason, does the Indian immigrant and apparent transcriptionist for a Communist front organization, Rhea Mahbubani. Contact and inquire with her and her employer, the Bay Area News Group, here: (408) 920-5000.