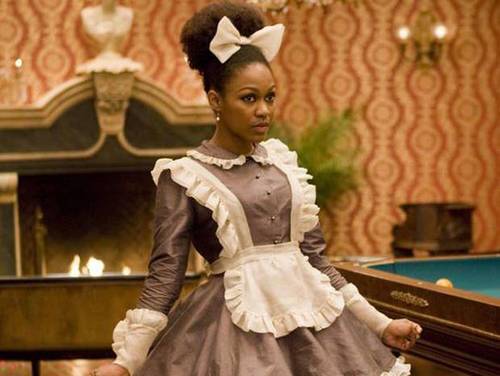 Narrative Collapse: DJANGO UNCHAINED Actress Who Claimed Racism Was, In Fact, Having Sex In A Parking Lot

Black actress Danièle Watts, who had a part in the “critically acclaimed” 2012 white-guilt-porn movie Django Unchained, was giving her husband a kiss in a Los Angeles parking lot last Thursday when police appeared and cuffed her on suspicion of prostitution. 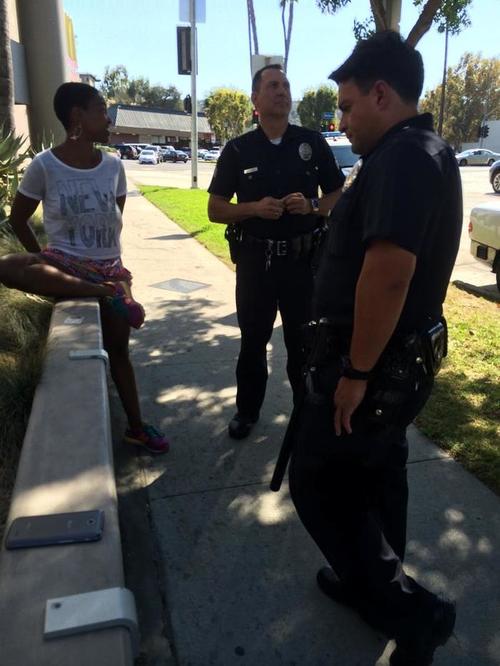 So reported the New York Post on Monday.  Ms. Watts remained bloody but unbowed.  She told the Post:

“Yes, they had control over my physical body. But not my emotions. My feelings. My spirit was, and still is FREE.” Watts and her husband, Brian James Lucas, posted pictures of the encounter on Facebook.

Lucas, a raw-food chef, said was furious to see his wife manhandled by a cop for simply sharing a loving moment with him.  [Django Unchained actress mistaken for a hooker by cops, by David K. Li; New York Post, Sept. 14th.]

Turns out there was more than a wifely peck on the cheek happening there.  From today’s Post:

Django Unchained actress Daniele Watts and her boyfriend [sic] were allegedly having sex in their car before she was questioned and then accused cops of racism, police said …

Cops got a call at 3:01 p.m. Thursday from the 11900 block of Ventura Boulevard complaining that “a male and female were involved in indecent exposure inside a silver Mercedes with the vehicle door open,” according to the LAPD. [Django actress in ‘racist’ stop was having sex in car: cops, by David K. Li; New York Post, Sept. 15th.]

From the actual TMZ report, which comes complete with police audio:

We’ve learned witnesses from the nearby Art Directors Guild office building told cops they were watching her and her BF have full-on sex in the passenger seat WITH THE DOOR OPEN!

The eyewitnesses said the guy was sitting in the seat, she was straddling him and it was for everyone to see. One eyewitness told cops they cleaned themselves up afterward with a tissue.  [DJANGO ACTRESS—Cops: After Car Sex SHE PULLS RACE, FAME CARD (POLICE AUDIO), TMZ, Sept. 15th.]

Nothing very surprising about any of this.  It’s a familiar pattern.

This pattern is now such a baked-in feature of modern American life, we need a term for it.  I suggest “narrative collapse.”