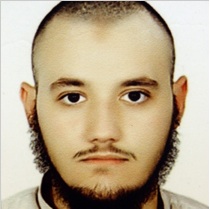 Sometimes it happens that youthful rebellion takes a nasty turn, particularly among immigrant kids when their home culture has a ready-made hostile ideology to oppose American authority.

Something like that may have been in the mix of high school drop-out Betim Kuziu (pictured) who decided that jihad was a swell career choice. His plan was to train abroad to develop his skill set with similarly minded Sons of Allah, then kill American soldiers in Afghanistan.

His parents were immigrants from Macedonia, which is supposedly a society with the moderate Islam we hear about. As a young man, Kaziu became attracted to radical Islam, an interest he shared with a friend he knew from the seventh grade, Sulejmah Hadzovic. The boys went from playing video games in middle school to studying jihad online in later years. They travelled to the Middle East to pursue their dream of killing infidels, where Hadzovic thought better of the scheme and testified against Kaziu at the two-week trial in Brooklyn.

Of course, the case is a another example that Muslim immigration is a terrible idea and should end before more Americans die as a result.

Brooklyn high school dropout was convicted Thursday of conspiring to join a foreign terrorist group so he could kill U.S. troops in Afghanistan.

Betim Kaziu faces life in prison for the jihadi adventure that took him to Saudi Arabia, Egypt and finally Kosovo - where he was arrested in 2009.

The jury deliberated less than four hours before reaching a verdict in the two-week trial in Brooklyn Federal Court.

Kaziu smiled and waved to his parents, who emigrated from Macedonia.

"I need my son home," Kaziu's father said outside court.

Kaziu, 23, wanted to become a member of the Taliban or the Somali-based Al Shabbab so he could die a Muslim martyr on a battlefield in Afghanistan, Pakistan, Palestine or Africa.

"He never intended to return to the United States. He hoped to die a martyr. "

Flush with cash from a court settlement for a playground accident, Kaziu traveled overseas with a buddy from Mill Basin who chickened out of the scheme and returned to Brooklyn to eventually became a government cooperator.

Defense lawyer Joshua Dratel argued that a trove of militant videos - including some from hate-spewing Osama bin Laden and Anwar Al-Awlaki - found on Kaziu's laptop computer don't make him a terrorist.

Kaziu had made a so-called martyrdom video in Albania before he was arrested.

"I came here with the brothers to chill before I, God willing, depart," Kaziu said as he stood on a cliff above the sea.