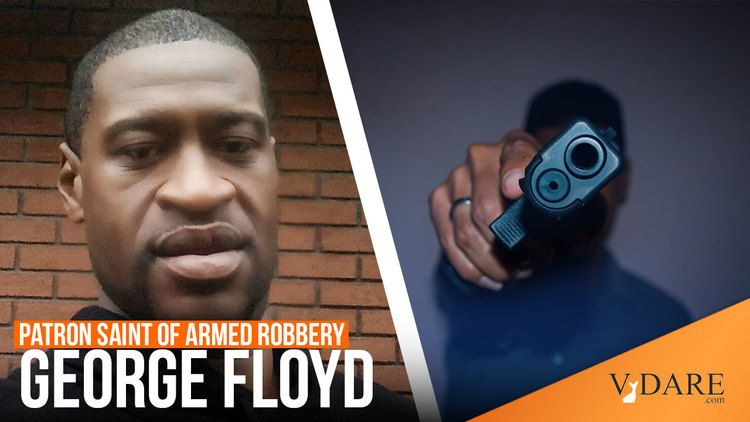 In keeping with the canonization of George Floyd, the leftist MSM continued its "gentle giant" narrative on the drug addict and gun-toting thug all the way through trial.

But at least the judge didn't permit the nonsense during trial.

In 2007, Floyd robbed a woman gunpoint, held the gun to her stomach, and watched as his accomplice pistol-whipped the victim.

Whether the "gentle giant" knew how to make her feel better we are not given to know. Perhaps The Guardian's Walters could find out for us.

As I wrote right after Floyd died:

The keyboard of every MSM journalist in the country has a dedicated function button that, when pressed, spits out a "gentle giant" story when a white cop kills a black thug, or a black thug is arrested for raping and/or killing a white girl.

Add Floyd to the list of storied "gentle giants."