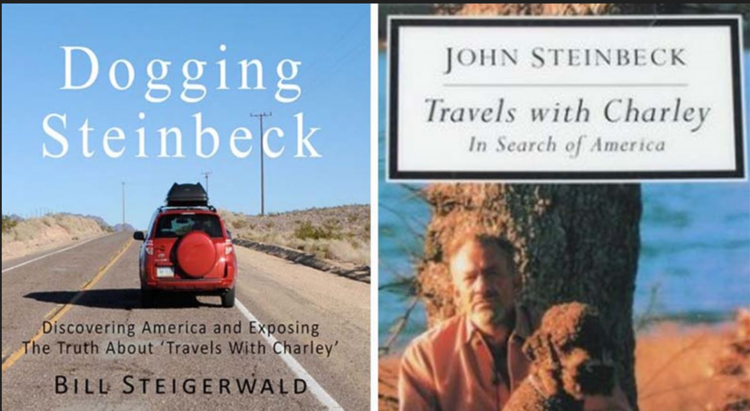 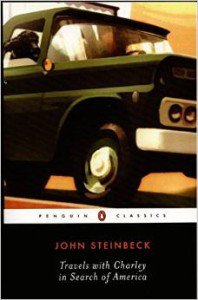 John Steinbeck took a trip around the country in 1959, and wrote it up in Travels with Charley | In Search Of America , 1960. I put up a quote last night. Here he describes meeting a family of French Canadian temporary workers (really!) in Maine:

"In due course these people told me quite a bit about themselves. They came over the border every year for the potato harvest. With everyone working, it made a nice little pool against the winter. Did they have any trouble with immigration people at the border? Well, no. The rules seemed to relax during the harvest season, and besides, the way was smoothed by a contractor to whom they paid a small percentage of their pay.

But they didn't really pay him. He collected directly from the farmers. I've known quite a few migrant people over the years-Okies and Mexican wetbacks, and the Negroes who move into New Jersey and Long Island. And wherever I've seen them there has always been a contractor in the background to smooth the way for them for a consideration. Years ago the farmers tried to draw more labor than they needed so that they could lower wages. This seems to be no longer true, for government agencies channel only as many laborers as are needed, and some kind of minimum wage is maintained. In other cases the migrants have been driven to movement and seasonal work by poverty and terrible need.

Surely my guests for the evening were neither mistreated nor driven. This clan, having put their own small farm to bed for the winter in the Province of Quebec, came over the line to make a small nest egg. They even carried a little feeling of holiday with them almost like the hops- and strawberry-pickers from London and the Midland cities of England. These were a hardy and self-sufficient people, quite capable of taking care of themselves."

But that's not what farmers want, is it? That was in 1959. More recently

"The Mexican government has sued the DeCoster Egg Farm in Maine, accusing it of civil, labor and human rights violations. The lawsuit charges that more than 1,500 former employees suffered from illegal work conditions during the past 10 years, because of racial discrimination aimed at Mexicans." [NAFTA Monitor, 1998]