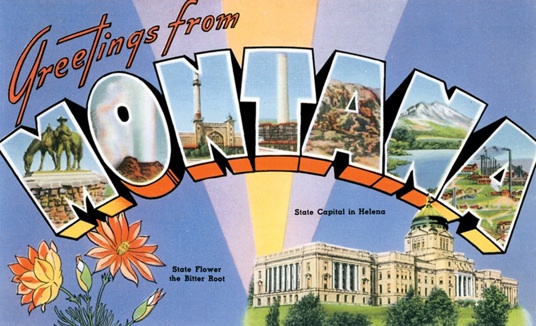 One of the true bright spots in a disappointing election was the resounding success in Montana of a voter initiative to deny taxpayer-funded benefits to illegal aliens.

And, Legislative Referendum 121 won with a remarkable 80 percent of the citizens in support. The vote wasn’t even close. The win shows that heartland Americans are sick of illegal aliens picking the pockets of hardworking citizens.

But now, the anti-sovereignty pests are taking the legislation to court in an effort to destroy the clear will of the citizens to stop theft by illegal aliens.

An immigrants’ advocacy group and others have sued to challenge the constitutionality of a recent voter-approved law requiring people to show proof of citizenship before they obtain certain state government services and benefits.

At issue is Legislative Referendum 121, which Montana voters in November passed by 80 percent to 20 percent. The new law, which takes effect Jan. 1, authorizes the state to deny certain state services to “illegal aliens,” or undocumented aliens, if they can’t provide proof of their U.S. citizenship.

Filing the lawsuit Friday were the Montana Immigrant Justice Alliance, joined by the MEA-MFT, the state’s largest union, and Alisha Blair, a 22-year-old Missoula resident born in Canada to a mother who’s a Canadian citizen and a father who is a U.S. citizen.

They sought a preliminary injunction during the litigation. The plaintiffs said the new law violates their rights to privacy, due process and equal protection, among other constitutional provisions.

“For the first time in Montana’s history, the law now places the burden on the average Montanan to prove that they are here legally, or they will be denied state services,” the Montana Immigrant Justice Alliance said in a press release.

Among the state services that under the new law now will require proof of citizenship include employment with a state agency, attendance at a public university, the ability to obtain student financial assistance and the ability to obtain a license or permit to practice a trade or profession. Among the other benefits now conditioned on proof of U.S. citizenship are eligibility for unemployment insurance, services for victims of crime, vocational rehabilitation and certain services for the physically disabled.

“I think it’s a lot to do about nothing,” Howard said. “This is something they do in a lot of states.”

He said the Legislature’s legal staff conducted a great deal of research before he introduced the bill.

“I wanted to make sure we were on solid ground, or I wouldn’t have taken this down the road,” Howard said.

However, an attorney for the plaintiffs, Shahid Haque-Hausrath of Helena, said that records show that the legislative attorney who drafted the original bill wrote Howard a letter in February 2011 and warned about potential constitutional problems with the bill.

Legislative Services Division attorney David Niss wrote Howard he had made the entire bill draft subject to federal law and the Montana Constitution.

“While this provision may ensure the constitutionality of the bill draft, the draft may not otherwise contain very much that is lawful under the Fourteenth Amendment to the U.S. Constitution, and perhaps the Montana Constitution as well, for the reasons outlined below,” Niss wrote Howard.

Howard’s original bill died in committee in 2011, but he put in a similar bill as a legislative referendum later that session. It went directly on the ballot after passage and didn’t need to go to Gov. Brian Schweitzer for his signature or veto.

The Montana Immigrant Justice Alliance cited studies showing that 7 percent of Montanans may not have readily-available proof of U.S. citizens, such birth certificate or U.S. passport. The institute said the law would use the federal Systematic Alien Verification for Entitlements program, known as SAVE, to verify immigration status. But this system doesn’t contain any information on native-born U.S. citizens, the alliance said.

“That means if you don’t have the documentation in hand, there is no back-up method to verify your U.S. citizenship,” the alliance said. “The government has not explained how it will prevent wrongful denial of services to U.S. citizens.”

She said she was accepted to the University of Montana, but was told she wasn’t eligible for financial aid because she didn’t have proof of U.S. citizenship. Blair said she never attended college because she couldn’t afford the tuition.

In an affidavit, Blair said she does plan to attend college, but added: “I am worried that under this new law, I would not be allowed admission to college.”