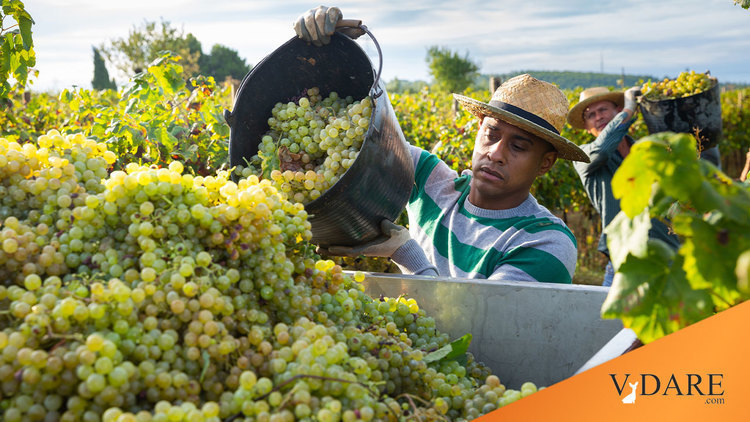 This article from Washington State may reveal more than the reporter intended about the cultural chasm between some "immigrants" and our own society. Also, they come to America for the money only.

How diverse are Mixtecs? Many don't speak Spanish which indicates they were not assimilated to the majority culture of their home country.(After 489 years.) This group is another addition to the permanent immigrant underclass of Mexicans, whose rejection of education assimilation (even several generations along) assures their lack of success.

Oh, and there's no mention in the article of the Mixtecs' immigration status. Are we supposed to assume lawfulness? It would make no sense given the history of this tribe and Mexicans generally.

OTHELLO, Wash. — In a bleak housing project west of this small rural town, the Mexican farm workers living here murmur to each other in a dialect many of them don't want their children to learn.

It's called Mixteco, one of the dozens of dialects spoken by Latin America's indigenous people.

For these immigrants, Spanish is a second language. Many don't speak it.

"I want my children to learn Spanish," said Isabel Reyes, a 31-year-old who speaks to them in broken Spanish. "And English. I want them to go to school and get good jobs so they don't have to work in the fields like we do."

Nice priorities—Spanish, then English. For the money, not to join the American community.

Indigenous people like her are the Native Americans of Mexico and Central America.

They have been coming to the United States for as long as Mexicans have been immigrating here — although in dramatically higher numbers over the past three decades.

Nationwide, the federal government estimates that 17 percent of farm workers are indigenous.

They first arrived in California — at least 500,000 indigenous Mexicans still live there — and slowly migrated north into Oregon and Washington, following other Mexican immigrants to jobs in agriculture and restaurants.

Now, their migration has brought them over the Cascades and into Eastern Washington, mostly to Othello, Quincy and Mattawa.

Only a few dozen Mixteco-speaking immigrants live in the Yakima Valley.

Othello, with a population of about 5,800, is home to the state's highest concentration of Mixtecos.

As many as 800 people from the highlands of southern Mexico live here — often in cold, cramped duplexes and mobile homes outside of the city's quiet downtown.

Some of these Mexican tribal people are quite diverse, as I learned when researching the case of the illegal alien father residing in central California who sold his 14-year-old daughter for a stash of beer and other beverages. He is a member of the Triqui tribe, which has other colorful marriage practices, including kidnapping and polygamy ("Grapes of Wrath' south of the border)...

Indians have brought with them a number of traditions that grated against life outside Oaxaca. One of them was courting. Indian courting can look a lot like kidnapping and statutory rape. Men take wives, literally. Sometimes they run off with them. Sometimes the wives are well under 18. Arranged marriages are common. Triquis are known to practice polygamy and sometimes to sell wives.

Now how is it we are supposed to benefit from this diversity???