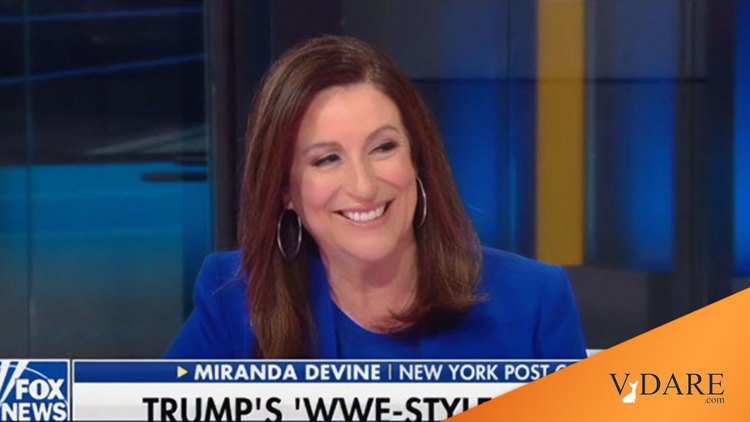 If you watch Tucker Carlson's show on Fox News you have probably seem Miranda Devine. She's a fairly frequent guest on Tucker's show.

Miranda is actually a columnist at the New York Post, and a darn good one. I urge you to look up and read her February 17th column on the appalling double standard in our justice system when it comes to dealing with rioters. Sample, quote:

When violent anti-cop rioters were arrested in last year's "summer of rage," high-profile Democrats donated cash to bail them out, left-wing lawyers defended them pro bono and sympathetic judges and DAs bent over backward to let them off scot-free.

But when Trump supporters were rounded up over the Capitol riot, they were on their own …

Denied bail, locked in jail indefinitely, relocated to Washington, DC, far from family and friends, with limited access to lawyers and little money, many face more than 10 years in jail for little more than trespassing on federal property.

Read it all, please, and understand how politicized, how corrupted our justice system has become—how dismally far we have drifted from equal justice under the law.