On Saturday, Fox News financial show Bulls & Bears discussed how laws for the minimum wage have had the unfortunate effect on workers of spurring more rapid automation.

The financial talking heads babbled along, with film of robot and computer gizmos playing along side. The machines include a hardware store greeter/guider, Amazons automated warehouse, restaurant ordering computers and hotel room-service robots.

There was plenty of encono-chatter about wages and markets, but nobody mentioned the diminished need for importing millions of immigrant workers given the rapid spread of smart machines into the workplace. A 2013 study from Oxford University researchers estimated that 45 percent of US jobs are vulnerable to computerization in the next 20 years.

Below, the surveillance robot reduces the need for human workers among the 1.3 million private security jobs in the United States. 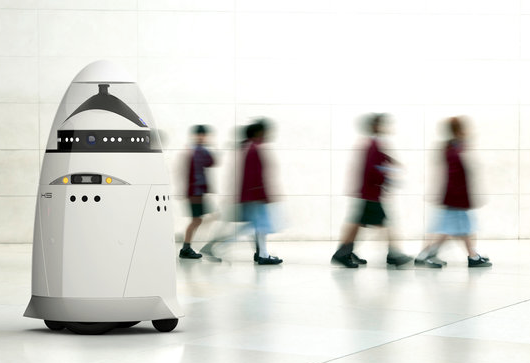