Blackwashing (you know, the opposite of whitewashing non-white characters in a movie).

When you live in a country where black people are promoted to positions of authority/power/influence when they exhibit greater racial loyalty to their people at the exclusion of others, you'll understand why the grossly overrated director Ava DuVernay was allowed racially recreate a beloved children's book as her own black fantasy. 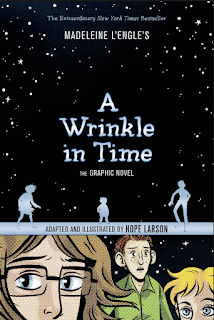 Madeline L'Engle, a white author, wrote the absolute classic A Wrinkle in Time, and every image/drawing we've ever seen of the primary characters clearly establish them as Caucasian. These were all on the cover of paperback adaptions published during her life, with the young heroes/heroine of L'Engle story all Caucasian.

The 2012 graphic novel also depicts the children as white. 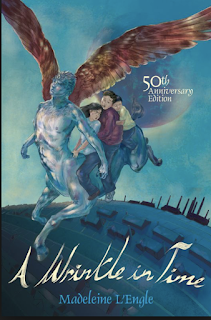 But DuVernay and Disney decided the "diversity of the modern world" meant this monochromatic story needed a nonwhite update.

Director Ava DuVernay, fresh off of heavy projects like the civil rights drama Selma and her criminal-justice exposé 13th, was drawn to dabble in uncharted sci-fi territory upon discovering author Madeline L’Engle’s novel as an adult. DuVernay hadn’t read the novel — “I went to school in Compton and it wasn’t on my reading list,” she jokes — but the director, for whom time and energy on any project is a precious investment to say something, was impressed with the progressive ideas that L’Engle buried in her beloved 1962 novel. “I saw so much beauty in it, but also so much meaning. She’s a very radical thinker and she embedded her sense of what society should and could be in this piece, and a lot of it I agree with,” says DuVernay. “And through that, the story of this girl saving the world and being out there in the universe slaying the darkness, it also says a lot about slaying our own dragons.” 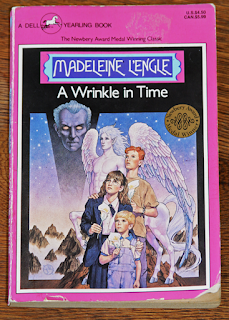 Two key elements convinced DuVernay that Wrinkle, with its script by Oscar winner Jennifer Lee (Frozen), was worth investigating when Disney proposed the idea. “The first image [I had in my head] was to place a brown girl in that role of Meg, a girl traveling to different planets and encountering beings and situations that I’d never seen a girl of color in,” she explains. “All of those scenes struck my fancy, and then it was also something that [Disney VP of production] Tendo Nagenda said to me, which I’ll never forget. One of the things that really made me want to read it was when he said, ‘Ava, imagine what you would do with the worlds.’ Worlds! ‘Planets no one’s ever seen or heard of,’ he said. There aren’t any other black women who have been invited to imagine what other planets in the universe might look and feel like. I was interested in that and in a heroine that looked like the girls I grew up with.” 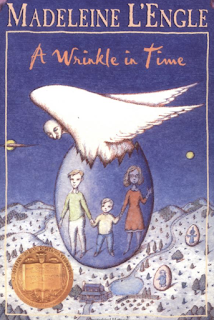 Madeline L'Engle no doubt approved every drawing of Meg Murry and her compatriots that would appear on the cover of her story, and they were always white children.

Disney, obviously looking to score corporate Social Justice Warrior points (or protection from the SJW racket?), gave DuVernay the honor of being the first black woman to direct a movie with more than a $100 million budget.

She was allowed to make her racial fantasy film off the back of a story written by a dead white woman, primarily because Disney is more concerned with scoring SJW points and favors than producing films of merit (the criminally underrated 2015 Tomorrowland boasted a fantastic all-white cast, an anachronism in the current year).

A Wrinkle in Time Has Found Its Meg:Mindy Kaling and Reese Witherspoon are also officially on board Ava DuVernay’s reimagining of Madeleine L’Engle’s classic novel, Vanity Fair, 9-13-2016:

DuVernay’s original casting announcement called for “a 14-year-old mixed-race girl of African-American and Caucasian descent. This girl is questioning her life, her place in the world and her family. . . . While troubled, she possesses untapped strength and intelligence which carries her through her search for truth.” The listing for the other kid characters in the film, Charles and Calvin—who is described as red-headed in the book; both characters are played by white actors in the 2003 TV movie—calls for “a 5-year-old mixed-race boy of African-American and Caucasian descent” and “a 16-year-old boy who is an ethnic minority.”

In a recent interview with Vanity Fair, DuVernay said Disney was fully on board with her vision of a multicultural cast: “‘This is how I see the story,’” she recalls telling them during an early meeting. “They were like, ‘Yup, good, O.K. So what do you need?’” 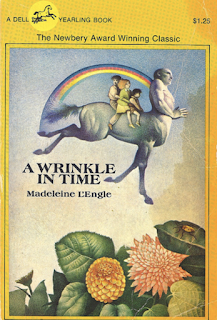 A beloved story by a white author about white children is culturally appropriated by a viciously anti-white black director who blackwashes the entire story to advance her pro-black agenda.

This describes Disney's 2017 A Wrinkle in Time perfectly.