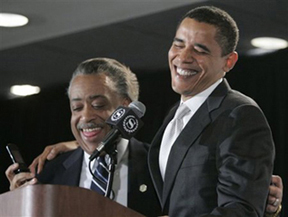 John Nolte of Breitbart pins the blame on the White House and its pets in the Main Stream Media.

According to the FBI, the number of police officers killed in the line of duty nearly doubled from 27 to 51 between 2013 and 2014. That is nearly one murdered police officer a week during 2014, which was also a little over a year after the mainstream media began its coordinated hate campaigns to demonize America’s law enforcement officers.

The FBI report is a terrible and tragic setback for police officers. Losing 27  fellow officers in 2013 was a tragedy. But it was also a 35 year low. Things were unquestionably moving in the right direction. Since 2011, the number of police officers killed in the line of duty had been on the decline.

Suddenly in 2014, everything changed for the worse. The number jumped back up to the highest number since 2011. What also changed for the worse is the mainstream media’s obsession with smearing police officers as hyper-militarized racist occupiers on the hunt for black men.

The seeds of this hate campaign were planted as early as 2009, when, without caring about the facts, President Obama publicly lashed out against a white police officer for arresting Professor Henry Louis Gates, a black Harvard professor. The officer did nothing wrong...

By the end of 2013, the Obama administration and its media allies had turned America’s police officers into racist assassins.

The following year, 2014, we had riots in Ferguson, Baltimore, and a near-doubling of the number of police officers killed in the line of duty.

Meanwhile, the fifth suspect has been arrested in the killings of two Mississippi police officers last weekend.

Hattiesburg police Officers Benjamin Deen and Liquori Tate were shot dead during a traffic stop over the weekend.

Of the five suspects charged, just one is accused of pulling the trigger.

Marvin Banks, 29, appeared in court on Monday and was charged with two counts of capital murder, along with counts of grand theft auto and being a felon in possession of a firearm, Strain said.

The shooting unfolded Saturday night after Deen, 34, stopped a vehicle for a speeding violation, then called for backup after he found probable cause to search the car, Strain said. Shots were fired at some point after Tate, 24, arrived at the scene to help, he said.