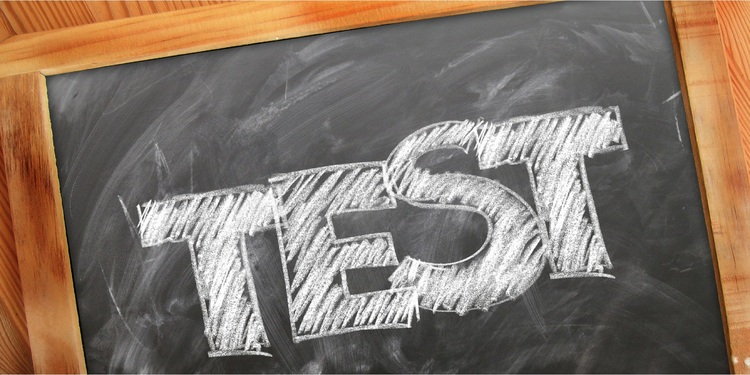 I’ve been following for several years the fabulous career of former McKinsey consultant David Coleman, founder of the Common Core and then head of the College Board, which puts him in charge of rewriting the SAT and PSAT. When a sample version of Coleman’s new PSAT came out last April, I pointed out that the reading selections sound like excerpts from Slate.com back when Michael Kinsley was editor in the late 1990s.

I’ve always been a big Kinsley fan, so I found the excerpts in Coleman’s new Slate-flavored SAT more to my taste than the usual test sludge heavy on fiction about “Yesenia and n!Xiao Celebrate Diwali.” But what about the Diverse?

I’m sure Mickey Kaus or Timothy Noah would ace Coleman’s new SAT, but does Coleman really know what he’s getting himself into? As Mickey said once said, ever since he went off to Harvard as a teen, he really hasn’t worked much with people who scored below 1100 on the SAT.

My intuition that Coleman’s PSAT sounded like Kinsley’s Slate makes a lot of sense from the point of view of Coleman’s biography. The guy who, in effect, hired Coleman to do Common Core was Bill Gates, who also personally hired Kinsley to be the founding editor of Gates’ Slate. Moreover, Coleman’s high school debate partner was Hanna Rosin, long a leading Slate writer and wife of Slate’s subsequent top editor, David Plotz.

BOSTON — For thousands of college hopefuls, the stressful college admissions season is about to become even more fraught. The College Board, which makes the SAT, is rolling out a new test — its biggest redesign in a decade, and one of the most substantial ever.

Chief among the changes, experts say: longer and harder reading passages and more words in math problems. The shift is leading some educators and college admissions officers to fear that the revised test will penalize students who have not been exposed to a lot of reading, or who speak a different language at home — like immigrants and the poor.

… “It’s going to change who does well,” said Lee Weiss, the vice president of precollege programs at Kaplan Test Prep, one of the nation’s biggest test-preparation programs. “Before, if you were a student from a family where English was not the first language, you could really excel on the math side. It may be harder in the administration of this new test to decipher that, because there is so much text on both sides of the exam.”

The redesigned SAT contains longer and harder reading passages and more words in math problems, experts say. How well would you do? Try these questions, taken from a College Board practice test. …

But outside analysts say the way the words are presented makes a difference. For instance, short sentence-completion questions, which tested logic and vocabulary, have been eliminated in favor of longer reading passages, from literary sources like “Ethan Frome” and “Moby-Dick,” or political ones, like John Locke’s ideas about consent of the governed. These contain sophisticated words and thoughts in sometimes ornate diction.

The math problems are more wrapped in narrative, as Serena Walker, a college-bound junior at the Match charter school here, found when she fired up her laptop for a practice quiz on the new test.

“An anthropologist studies a woman’s femur that was uncovered in Madagascar,” one question began. She knew a femur was a leg bone, but was not sure about “anthropologist.” She was contemplating “Madagascar” just as she remembered her teacher’s advice to concentrate on the essential, which, she decided, was the algebraic equation that came next, h = 60 + 2.5f, where h stood for height and f stood for the length of the femur.

“I feel like they put in a lot of unnecessary words,” she said. …

Jed Applerouth, who runs a national tutoring service, estimated that the new math test was 50 percent reading comprehension, adding, in a blog post, that “students will need to learn how to wade through all the language to isolate the math.”

The new SAT is probably less correlated with I.Q. testing than the old one, Dr. Applerouth said in an interview. But given the more difficult reading level of some passages and more demanding curriculum, “it may be the rich get richer,” he said.

Jay Bacrania, the chief executive of Signet Education, a test-prep company based in Cambridge, said he found blocks of text from the new test to average at least a grade level higher than text from the old one. When students open the exam, “I think to some degree the sticker shock — that first impression — is almost even worse,” he said. …

Competition for market share has been growing, and in 2012, the ACT surpassed the SAT.

College Board officials said the new test was devised to satisfy the demands of college admissions officers and high school guidance counselors for an exam that more clearly showed a connection to what students were learning in school. The College Board has also been grappling with complaints that the old SAT, with its arcane vocabulary questions, correlated with advantages like parental income and education, and that whites and Asians performed better on average than blacks and Hispanics.

Dr. Schmeiser said that despite educators’ fears, a preliminary study did not show the new test giving any disadvantage to Asians — who excel in math but do slightly less well than whites in reading. “We did look at how students of color and various races and ethnicities looked,” Dr. Schmeiser said. “It suggested the gap may be narrowing.”