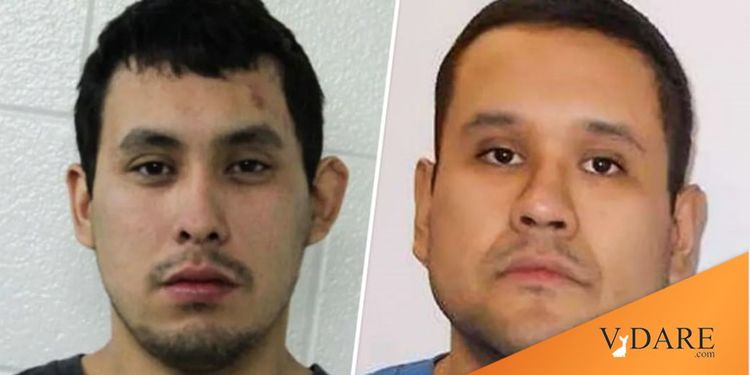 Earlier (2016): Mass Shooting In Canada Is An Indian Reservation Story, Not A ”Gun Control” Story

The Sanderson brothers, who appear to be, perhaps, Métis, are accused of stabbing ten people to death and wounding 15 others in Saskatchewan, mostly on Indian (First Nations) reservations.

There’s no Sailer’s Law of Mass Stabbings (yet), but I’m not surprised that this tragedy appears to have something to do with Amerindians. I just mentioned in “The Geography of Homicides” that:

There’s much discussion in the respectable press about legal gun purchases as being the cause (rather than, more likely, the effect) of the historic increase in shootings. It’s difficult to find statistics on what percentage of murders are committed with legally owned guns, but the CDC data lets you calculate the share of homicides due to gunfire rather than knives, blunt objects, fists, poison, or whatever. Among black homicide victims, 87 percent died by firearms compared with only 56 percent of American Indians, 62 percent of Asians, 63 percent of whites, and 75 percent of Latinos.

As you might guess from rap lyrics, African American culture tends to encourage knuckleheads to use guns to settle beefs. Native Americans are also quite violent, but they aren’t as quick to resort to guns.