LONDON TIMES: David Reich Proves Miscegenation Made Us All "Crazy DNA Salads" And "A Hopeless Genetic Stew" (Except For Reich, Who Is Pure Ashkenazi)

From The Times of London:

Book review: Who We Are and How We Got Here: Ancient DNA and the New Science of the Human Past by David Reich

Heads up: ‘all humans, in spite of countless mythologies, are a hopeless genetic stew’

In 1519 the Spanish conquistador Hernan Cortes, with a force of just 500 soldiers, launched a campaign which overthrew the Aztec empire and claimed Mexico for Spain. He took a local mistress and she bore him a son, Martin, who was known as El Mestizo, meaning he was of mixed race.

In spite of Martin’s lineage, to retain their status the conquerors introduced a caste system, at the top of which were those with pure European ancestry. “This system,” writes David Reich, “collapsed under the demographic inevitability of admixture; within a few centuries people of entirely European ancestry were either an extreme minority or gone.” 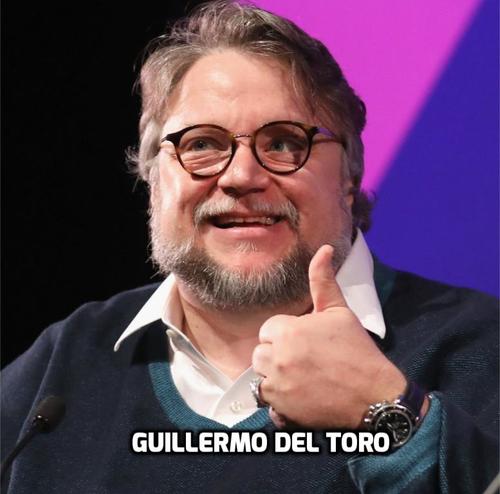 Last month’s big Oscar winner Guillermo del Toro says, “Thumbs up to the demographic inevitability of admixture in Mexico! (Personally, however, I’ve chosen to raise my kids in the Las Virgenes School District. Because of the good schools. You know?)”

… This is a compendious book and insofar as it has a theme it is captured by that word “admixture”. All humans, in spite of countless local mythologies, are a hopeless genetic stew. DNA tells us that no purist claim of special heredity, ancient or modern, makes any sense whatsoever.

“We now know,” he writes, “that nearly every group living today is the product of repeated population mixtures that have occurred over thousands and tens of thousands of years. Mixing is in human nature, and no one population is — or could be — ‘pure’.”

On the face of it, this is obvious. People do all sorts of different things, but one thing they all do is have sex with each other more or less at random. Miscegenation is a universal norm. …

Any remaining Nazis, for example, will be humiliated by the discovery that their ancestors were not some blond, blue-eyed tribe of “Aryans”, but migrants from the Russian steppe. Less fun is telling certain Hindus who think they are pure south Asian that half of their ancestry is derived from Iran and Eurasia.

“Iran” … Where have we heard that word before?

“It is now undeniable,” he writes, “that there are nontrivial average genetic differences across populations in multiple traits, and the race vocabulary is too ill-defined and too loaded with historical baggage to be helpful.”

The underlying message here is that, since all our genomes are crazy DNA salads, human equality is not only a moral imperative, it is a reasonable scientific approximation.

The further message of this book is that we should stop obsessing with our individual ancestries.

For example, the Hazaras of central Afghanistan claim they are more East Asian-looking than other Afghans because they are descended from Genghis Khan, as memorialized in their genealogies. Well, Science of course proves … that they were right.

DNA plays havoc with our pretensions in this area. Since we all acquire half of our genome from each of our parents, this means that with each generation traces of DNA simply vanish. Genealogy is not genetics. Royal and noble lineages, therefore, are not material facts but social and political conventions.

Reich is especially impatient with the self-regarding interest in ancestry that is now being promoted by commercial DNA-testing services. As research for this book, he considered sending a DNA sample of his own to one of those companies that advertise personal genetic testing.

“But honestly, I am not interested. My own group — Ashkenazi Jews — is already overstudied…I am innately suspicious of scientists who are hyper-interested in their own family or culture. They simply care too much.”

Oddly enough, Reich emphasizes that he strongly doubts that his own genes, which he hasn’t tested, are the “crazy DNA salad” that Bryan Appleyard assures us from reading Reich’s book is the human norm. Reich writes in explaining why he hasn’t tested himself:

My own group — Ashkenazi Jews — is already overstudied. I am confident that my genome will be much like that of anyone else from this population.

Moreover, when writing about how remarkably inbreeding the almost countless Indian subcastes are, Reich explains:

When I started my work on Indian groups, I came to it as an Ashkenazi Jew, a member of an ancient caste of West Eurasia. … From my parents as well as from my grandparents and cousins I imbibed a strong sense of difference — a feeling that our group was special — and a knowledge that I would cause disappointment and embarrassment if I married someone non-Jewish (a conviction that I know also had a powerful effect on my siblings). Of course, my concern about disappointing my family is nothing compared to the shame, isolation, and violence that many expect in India for taking a partner outside their group. And yet my perspective as a Jew made me empathize strongly with all the likely Romeos and Juliets over thousands of years of Indian history whose loves across ethnic lines have been quashed by caste. My Jewish identity also helped me to understand on a visceral level how this institution [Hindu caste endogamy] had successfully perpetuated itself for so long.

Normally, when somebody says “my perspective as a Jew” they are about to launch into some ethnocentrically self-congratulatory spiel about how they can empathize with the latest manifestation of The Marginalized because anti-Semitism and Hitler. But in this case, Reich is criticizing the Jewish community for historically oppressing young Jews who just wanted to marry their shiksa (or shikso) beloved, which is why DNA scans of Jews show them to be, contra Bryan Appleyard, strikingly little admixed over the last 1500 years or so.

Now, it could be that Reich might have a more personal reason for not testing his own DNA, such as his grandmother whispering to him not to test it, “Until after your grandfather is dead, because it would break the poor man’s heart to learn that those old rumors about Christian Lippincott and me were true.” (Note: I made that up.)

But it is fascinating how Reich’s reviewers tend to take away as his Message pretty much the opposite of what his book is about, in fact what it has to be about to exist. If we really were all “hopeless genetic stew,” Reich wouldn’t have anything to study.