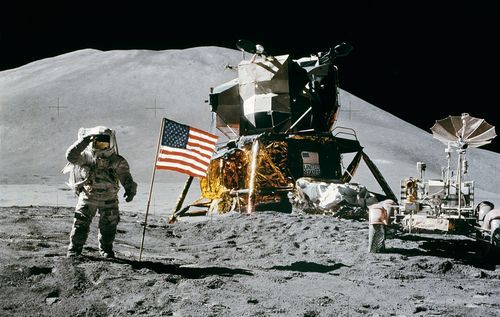 Linda Thom Remembers (And Salutes) The US Space Program

Space Missions were magical, the world over 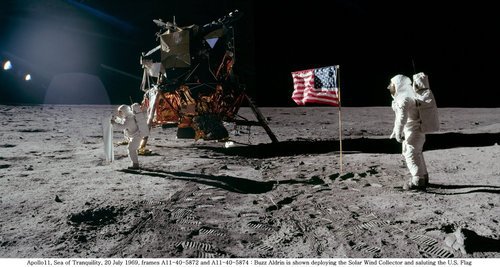 My husband and I were in Venice, Italy, during a moon landing in 1971.

We were at a restaurant and it was packed. The TV was on and everyone was silent. Nevertheless, our server was beside herself and kept pointing at the TV and telling us, "la luna, la luna." Of course, we were transfixed also as I am sure most ordinary human beings were.

My husband worked at McDonnell Aircraft in St. Louis when he was in college. He worked on the Mercury and Apollo projects. We had a date on the day of the calamity of Apollo I. We spent the evening crying.

So, we remember our American astronauts. They are heroes in our minds.

Happy #FlagDay! My salute to the American flag on the moon was my proudest moment. #Apollo11 pic.twitter.com/wIim2nsh6B