Liberalism: Waging War On The Problems Of People Without Real Problems Since 1968—Julie Chen Edition 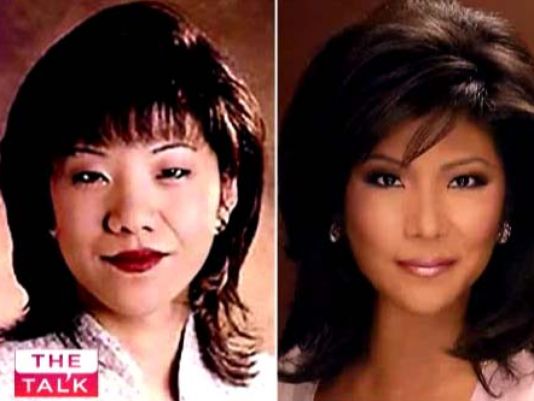 In my column on the much lamented woes of women at Harvard Business School, I mentioned that the modern left is most comfortable comforting the unafflicted. I'm not exactly sure who Julie Chen is: she's somebody on TV, but it's important that we know she was the victim of racism:

The five hosts of The Talk have been divulging secrets all week. When Julie Chen’s turn came around, she started by showing a clip of her 25-year-old self newscasting for a local network in Dayton, Ohio. ...

After the up-and-coming Chen offered to fill in for vacationing anchors over the holidays, he gave it to her straight. “You will never be on this anchor desk, because you're Chinese,” she recalls him telling her.

“He said 'Let's face it Julie, how relatable are you to our community? How big of an Asian community do we really have in Dayton?

I suspect Ms. Chen's strongest reaction was: Who said I want to develop a relationship with Dayton? Connie Chung was the lead anchor on CBS in Los Angeles two decades ago in 1976. Malibu is more my style than Dayton.

sic ... oh, why bother ... not only the word, but the concept of disinterestedness is lost and gone forever ...

because your eyes are so heavy, they are so small.'"Chen’s reaction was heartbreaking: She developed a deep insecurity around her eyes. She started taping her segments on a VCR and playing them back at the end of the workday, evaluating the heaviness of her lids. Though she knew her boss was being racist, she worried he might be right about her career. When a “big time agent” refused to represent her unless she “got plastic surgery to make [her] eyes look bigger”—the man then “whipped out a list of plastic surgeons” and assured her a few swipes of the scalpel would take her “straight to the top”—Chen decided to go for it.

“My lifelong dream was to one day be a network news anchor,” Chen reveals early in the segment. You could argue that Chen sacrificed one part of herself to save another; that she ultimately achieved a platform from which she could advance our conversations about race more effectively than if she’d remained obscure. And certainly her talking about this now does that. But career aspirations should not have required her to tone down her ethnicity. "No one's more proud of being Chinese than I am," Chen told her colleagues. The way she talks about her old eyelids—“too much fat,” “excess skin”—doesn’t quite line up with that statement. I wonder how she'd feel about those eyes if they were still hers?

The pressure Chen faced was vile, unfair—and worth resisting. We know the problem: racism. ...

So, here's who Julie Chen is, from Wikipedia:

Julie Suzanne Chen Moonves (born January 6, 1970) is an American television personality, news anchor, and producer for CBS.[1] She has been the host of the U.S. version of the CBS reality-television program Big Brother since its debut in July 2000 and is the longest-serving host of any country's version of the show. She is also a co-host and the moderator of the CBS daytime show The Talk. Previously, she was a co-anchor of The Early Show on CBS.Julie Chen was born in Queens, New York. Chen's mother, Wan Ling Chen,[2] is Burmese Chinese and grew up in Rangoon, Burma, where Chen's grandfather was a leading industrialist. Her father was born in China, and was one of the top leaders in the Kuomintang government of Chiang Kai-shek. Consequently, her family moved everywhere in China, eventually fleeing to Taiwan. ...

Leslie Moonves, president and chief executive officer of CBS Television, began dating the Big Brother host during his marriage to Nancy Wiesenfeld Moonves. On April 22, 2003, a week after Les Moonves signed a five-year multimillion dollar contract with Viacom,[20] his wife [and mother of his three children] filed for divorce in L.A. Superior Court ...

On December 23, 2004, Chen and Moonves were married in a private ceremony ... Following an old Chinese wedding tradition, Chen walked down the aisle with a coin in her shoe to guarantee prosperity.

The coin in the shoe thing seems to be working. From Les's Wikipedia page: