Legal Immigrants Must Wait Longer Because of Illegals

Law-abiding souls who don’t want to cheat their way into America but instead immigrate the legal way are being punished for their honesty: Obama’s illegals have gone to the front of the line, so legal folks have to wait longer. A Fox News report shows an American man with an Argentine wife who is stuck in Chile waiting for their papers to be processed after the illegals amnestied by the administration already have their work permits and Social Security numbers.

Below, American Jimmy Gugliotta is living in Chile with his Argentinian wife and their children as they wait for visas to enter the United States. 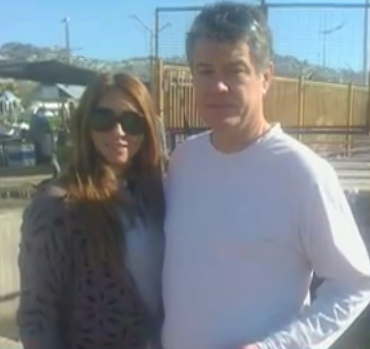 As illegal immigrants continue to seek legal status under President Obama’s executive actions, the waiting list to enter the United States legally grows longer, as does the waiting time for those in the pipeline.

American born Jimmy Gugliotta, who currently lives in Santiago, Chile, with his Argentinian wife and their children, has been waiting more than a year and a half for visas to bring his family to the U.S. He doesn’t understand why going through the process legally puts him behind people who sneak into the U.S. illegally.

“It’s really sad to see that we’ve been put in the back seat,” Gugliotta told Fox News via email. “What I found outrageous is people like me, a U.S. citizen, are actually being put at the back of the line, and that to me is a total outrage.”

The waiting list for those trying to enter the U.S. legally now stands at 4.4 million, 100,000 more than last year. Some have been on the list for more than 15 years. Even though the spouses and children of U.S citizens are supposed to get priority, even their wait times have jumped from as little as two months to up 18 months as the administration deals with a surge of illegal immigrants given lawful status by president Obama.

“I’ve had people tell me, ‘Why don’t you just show up at the border and try to get across?'” said Gugliotta. “I say, ‘No, we want to do this thing right.'”

While the State Department handles the granting of visas for those overseas, their application first has to be processed by U.S. Citizenship and Immigration Services. The agency has been deluged by more than 2,000 applications a day for green cards and work permits after President Obama offered to shield some 4 million illegal immigrant children and adults from deportation using his executive authority.

“I think most Americans are upset that the legal immigration system that was set up by Congress has been completely dismemebered and distorted in this way to benefit people who came here originally illegally.

“What message does this send to people who are trying to do it the right way?” says Jessica Vaughn, of the Center for Immigration Studies, a think tank that favors stronger controls on illegal immigration.

Vaughn said is is not only disheartening, but unfair, when those waiting their turn and paying thousands of dollars in fees are leapfrogged by people crossing over from Mexico illegally.

Gugliotta says he’s been told it could be several more months before he gets a visa for his family. In the meantime, the Administration announced a new program called the Central American Minors Refugee/Parole Program, which provides a taxpayer paid for plane ticket for the Central American children of illegal immigrants “lawfully present” in the U.S. That includes those here through executive amnesty or deferred action. Gugliotta considers the program inherently unfair, especially since the immediate relatives of U.S. citizens have historically gotten priority.

“I just find it ridiculous that we’re actually bringing people to the United States – going and getting them to bring them in – while I’m very capable of working and paying huge amounts of taxes once I get back to the states,” he said. “To me, it’s kind of frustrating to understand that the U.S. is actually sending planes to look for people in Central America, to bring them to the U.S. and basically we’ve gone broke trying to abide by the system and do things right.”

Last week, Fox News asked the USCIS to explain why it provided preferential status to illegal immigrant applications over those of U.S. Citizen relatives.

“We’re working on it,” a spokesman told Fox News.