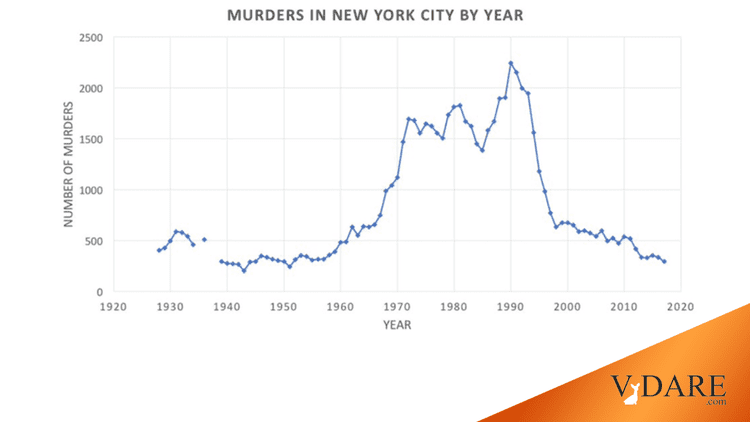 From the late Lawrence Auster’s View From the Right in 2002:

The worse any designated minority or alien group behaves in a liberal society, the bigger become the lies of Political Correctness in covering up for that group. …

That last point leads us to the first corollary of Auster’s First Law of Majority/Minority Relations in Liberal Society: The more egregiously any non-Western or non-white group behaves, the more evil whites are made to appear for noticing and drawing rational conclusions about that group’s bad behavior.

The First Law and its corollary are intrinsic to liberalism. Once the equality of all human groups is accepted as a given, any facts that make a minority or foreign group seem worse than the majority native group must be either covered up or blamed on the majority.