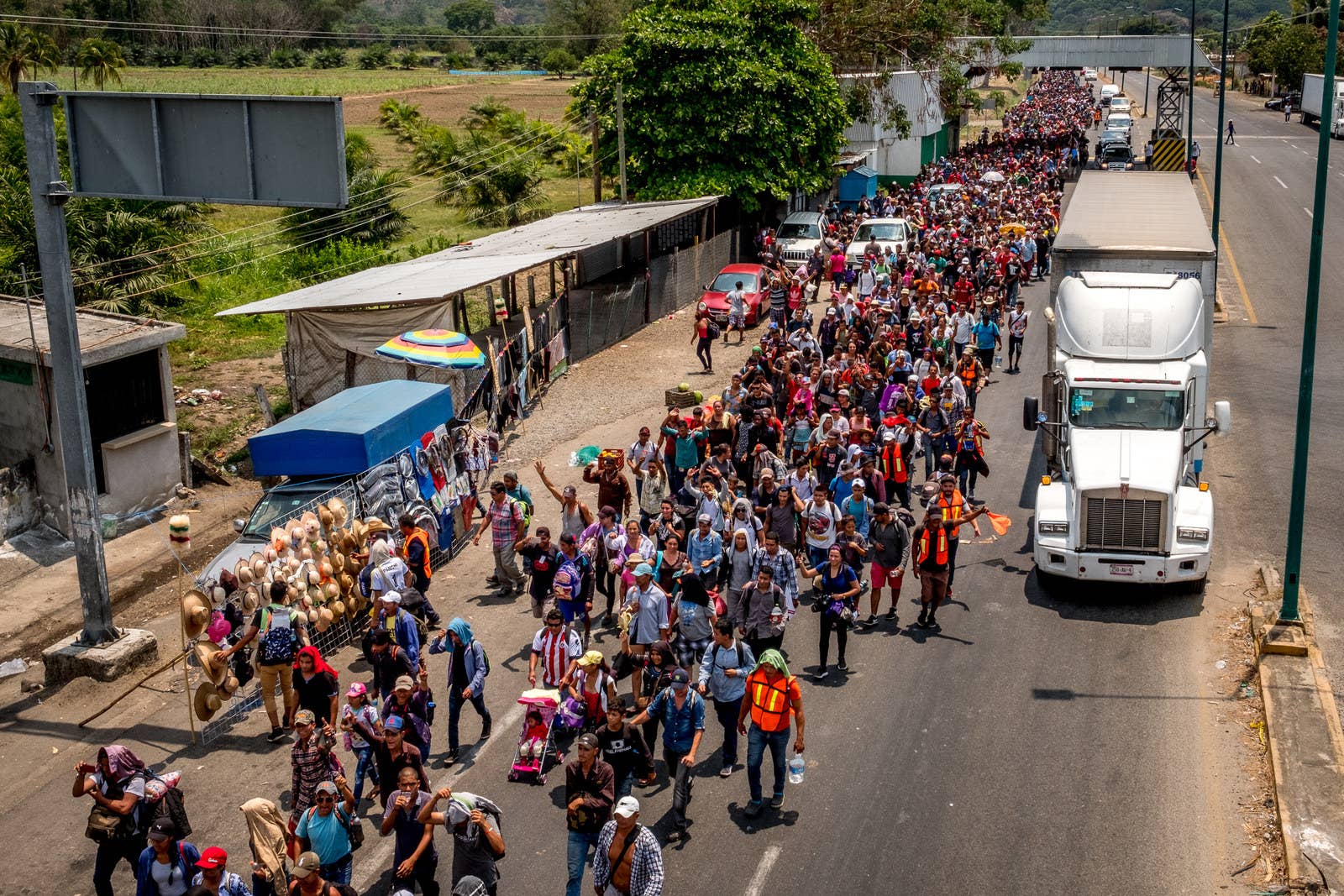 A Huge Caravan Of Central Americans Is Headed For The US, And No One In Mexico Dares To Stop Them “If we all protect each other, we’ll get through this together.”

San Pedro Tapanatepec, Mexico Taking a drag from her cigarette, a Mexican immigration agent looked out toward a caravan of migrants that grew larger with each step they took on the two-lane highway.

When the agent, who’d covered her uniform with an orange and white shawl, learned that the Central American migrants heading her way numbered more than 1,000, she took off for the restaurant across the street.

“I’m going to have a relaxing Coke,” she told BuzzFeed News.

For five days now hundreds of Central Americans — children, women, and men, most of them from Honduras — have boldly crossed immigration checkpoints, military bases, and police in a desperate, sometimes chaotic march toward the United States. Despite their being in Mexico without authorization, no one has made any effort to stop them.

Organized by a group of volunteers called Pueblos Sin Fronteras, or People Without Borders, the caravan is intended to help migrants safely reach the United States, bypassing not only authorities who would seek to deport them, but gangs and cartels who are known to assault vulnerable migrants.

Organizers like Rodrigo Abeja hope that the sheer size of the crowd will give immigration authorities and criminals pause before trying to stop them.

“If we all protect each other we’ll get through this together,” Abeja yelled through a loudspeaker on the morning they left Tapachula, on Mexico’s border with Guatemala, for the nearly monthlong trek.

When they get to the US, they hope American authorities will grant them asylum or, for some, be absent when they attempt to cross the border illegally. More likely is that it will set up an enormous challenge to the Trump administration’s immigration policies and its ability to deal with an organized group of migrants numbering in the hundreds.

Mickey Kaus calls this The March to Save Trump.

More on that big caravan of illegal migrants ("Migrantes en la Lucha") moving thru Mexico to our Southern border. Also known as the "March to Save Trump." https://t.co/iXehK3HNWX