Latest Panic: The Black Lady Ghostbuster Doesn't Have A Doctorate

The 1984 classic movie Ghostbusters is being remade with four female ghostbusters,  which is somewhat unrealistic, since a Ghostbuster is a combination of physics nerd and SWAT Team member/firefighter, and women aren't good at those, generally. But this is Hollywood, so the complaints aren't about the unrealism, bu the realism. You see, the three white females are Ph.Ds, and the black female...isn't. She works in a subway.

So here, courtesy of the satirical  Everything's a Problem Tumblr, are some unsatirical reactions. 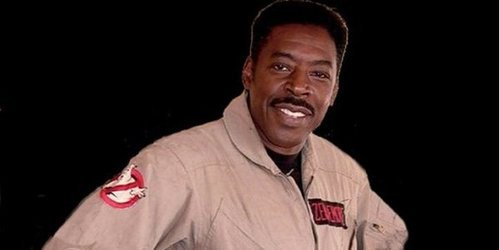 Three white Ph.Ds hire Zeddemore out of a want ad to be be their driver. He was paid $11, 500 a year in 1984 dollars, and he wasn't sure if it was worth it, what with the dead rising from their graves and all.

Wikipedia suggests that originally, he was supposed to have multiple doctorates, but they changed it to have a character that the others could explain things to, for the benefit of the audience. The counterintuitive TV stereotype of the black nerd, which some readers will identify with the character of Steve Urkelfrom '90 TB actually goes back—on TV—more than fifty years.

I thought of Greg Morris, the guy who played Barney Collier, the tech guy on 1966's Mission Impossible, but actually, according to TVTropes.com's "Black And Nerdy" page,  Ivan Dixon, the black radio operator on Hogan's Heroes had it over him by a year.

So after half a century of making blacks play nerds, maybe Hollywood could relent and allow them to play jobs that they can actually identify with.