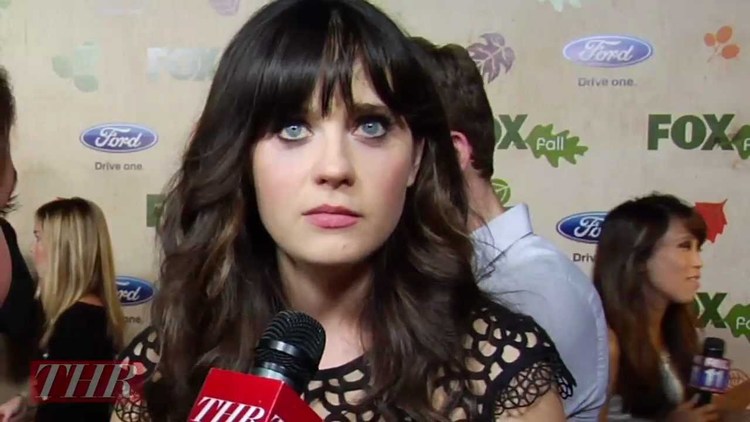 Lena Dunham and Lesley Arfin are cool people to get lumped in with by the Junior Volunteer Thought Police, but the Girls writers can't compete on sheer adorability with Zooey Deschanel, comic actress, singer (above is the video of her singing Baby, It's Cold Outside in the shower in Elf), and daughter of a great artist.

In Jezebel, Lindy West pens "A Complete Guide to 'Hipster Racism,'" which is both as stupid and as stridently pro-stupidity as you'd expect:

When people are trying to be sensitive about race but they don't know what to say, they usually go with, "Well, race is a complicated issue." Except, no, it's not. Race is one of the least complicated issues that there is, because it's made up. It's arbitrary. It's as complicated as goddamn Santa Claus. Oh, that guy's mom was half-black, which makes his skin slightly more pigmented than mine, which therefore means that he's inherently 12.5% lazier than me? Science! Um, no.

What I didn't expect was this:

This category includes things like wide-eyed acoustic covers of hip-hop songs, suburban white girls flashing gang signs, and this Tweet from Zooey Deschanel: "Haha. :) RT @Sarabareilles: Home from tour and first things first: New Girl episodes I missed. #thuglife." See, it's hilarious, because we aren't thugs—we are darling girls, and real thugs are black people who do crime! Oh, hey, can I call you back? I need to sew more ric-rac on my apron. I hope a black person didn't get into my ric-rac Kaboodle and steal all of it! JK, LOL. RIP, Whitney.

(Now, I'm obv not saying that Zooey Deschanel is some terrible racist. I don't know her, although I did sit next to her at a restaurant once, and she ordered "olives." She seemed lovely, and she didn't call anyone the n-word for the entire meal. But I'm saying that we are all kind of bizarrely cavalier and careless these days, throwing our most deeply-considered morals under the bus for the sake of a few cheap jokes. It's weird, and we owe the world a little more critical thinking.)

OK, so now I see the pattern. For years, I've been talking about those who get the joke and those who don't, and that's what we see being played out, with the clueless going on the offensive. This is like Georgia attacking Russia in 2008.

In this war, who would you rather share a foxhole with?