Kevin Nadal, PhD. On Killing Of Elderly Filipino By Black Felon: "We Do Not Need To Post Pictures Of The Suspect ..." 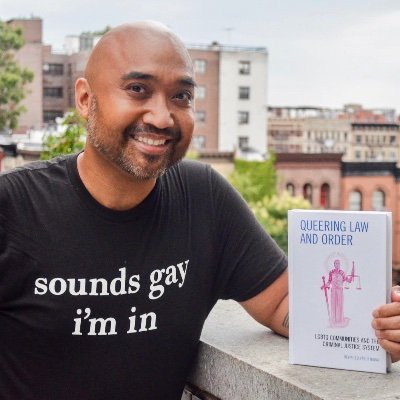 My heart breaks in learning about the death of Juanito Falcon - a 74yo Filipino American grandfather who was attacked in Arizona. He was taken to the hospital & died two days later. He could’ve been my dad, uncle, or someone’s lolo. #StopAsianHate...

Finally, a plea to all Filipino/Asian Americans. I beg you to NOT engage in anti-Blackness. We do not need to post pictures of the suspect or perpetuate further criminalization of Black people. Don’t divide our communities. We need to work together. Don’t let white supremacy win.

Nadal is Filipino himself, although he may be partly black. Blaming white supremacy for black anti-Asian violence is crazy. Also, of course, he's using the word "anti-Blackness" rather than racism. It's obvious that racism, if it has any meaning at all, is what Marcus Williams was guilty of in his "Knockout Game" attack. And Williams, who has many felony convictions, was on the street to do this attack due to insufficient "criminalization of Black people." And Nadal [Email him] is a Professor of Psychology at John Jay College of Criminal Justice.

In the meantime, Marcus Williams is in jail for an attack that police and news organizations say happened for no reason.