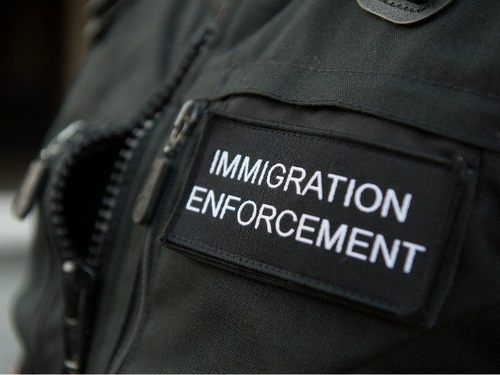 Julia Hahn: There Are NO Congressional GOP Leaders Who Support Cutting Legal Immigration

The Breitbart site has become a useful source for information on immigration. In a previous blog entry I linked to an excellent article by Breitbart's Julia Hahn on the transformation of the state of Virginia, and the nation as a whole.

The latest Breitbart contribution by Julia Hahn is about how GOP congressional leaders have no intention of reducing immigration.

As U.S. census data projects that immigration will soon exceed all documented historical records, not one Republican leader in Congress supports the popular step of reducing immigration.

Each year the United States admits one million people with green cards, their dependents and refugees, as well as half a million foreign youths sought by college administrators. Census data projects that, if visas are not slashed or halted, another 14 million immigrant settlers will arrive in the U.S. over the next decade.

Polls from Fox News and Gallup show that Americans — by a 2-to-1 ratio — want to see visa issuances reduced. A 2012 Pew Poll found that 69 percent of Americans want to place greater restrictions on who was allowed into the United States.

By the millions, federal visas are shipped out to many of the poorest and least-developed countries. As a consequence of this federal visa policy, today one in four Americans is either an immigrant or a child of an immigrant. Entire states, consider California and its 55 electoral votes, no longer elect Republicans. That’s at least partly because so many visas have been used to bring in foreign citizens who support big government.

Note that Julia Hahn is not afraid to report the massive inundation of people in our legal immigration system, how polling indicates that most Americans want a reduction, and she points out that immigration affects our political system. We are importing masses of Democratic voters. So why do the Republicans support it?

Next she goes after the GOP leadership

Breitbart News reached out to every single Republican leader in Congress to ask if they would be willing to support any reduction at all in the record annual dispensation of new green cards and new foreign worker visas.

THe ten leaders are McConnell, Cornyn, Thune, Barraso and Blunt in the Senate; Boehner , McCarthy, Scalise, Rodgers and Messer in the House. And guess how they responded?

Not one Republican leadership office was willing to even reply to the question. Every GOP leader’s office refused to answer, to express any support for reduced future immigration, or to offer any thought at all on the subject. It appears that not one of these public servants was even willing to engage on the issue of historic immigration transforming the electorate, school systems, and labor markets.

And unless it's stopped, it will continue, as it's on automatic pilot.

Because the visa dispensations are automatic, the record-breaking volume of immigration will continue ceaselessly as long as Congressional leadership refuses to call forward legislation to cut back on the green cards or corporate work permits.

Not only will they not reduce legal immigration, they want to increase it.

A review of public comments and records reveals why Republican leaders will not publicly support any immigration reduction. The current crop of Republican leaders—the public face and private decision-makers for the entire Republican Party— have argued for substantial increases to the historic intake of new immigrant labor—a policy which would cause the United States to surpass immigration records with even greater force and rapidity.

The article zeroes in on Wyoming's Senator Barraso, who, stuck in the past, gushes on about immigration.

I’m [a] child of immigrants. [Grandchild, actually—Barasso's grandfather left Italy in 1901.] That is the history of this country. Immigration is good and important for our country. Legal immigration needs to really be modernized. … We need additional labor.

And yet, as Julia Hahn points out

Barrasso’s state of Wyoming has a population of about half a million people. Ironically, if just 1 million of Rubio’s 30 million green card recipients had moved to Wyoming — instead of more likely destinations in eastern states such as Georgia and Virginia— Wyoming could suddenly, almost overnight, have the same politics as California.

And she makes a great point here that's often overlooked. As someone raised on a farm in a rural area, I can appreciate this.

Generations of rural traditions passed down from parents to children would be electorally crowded out by the new traditions of new arrivals.

But then, who cares about rural traditions of rural white people? It's better to bring in Third Worlders so they can impose their traditions on our country.

Barasso never explained why he thinks adding millions of laborers from mostly poor countries would improve schools, hospitals, or job markets in states like his own, or why it would be “important for our country” to resettle millions of immigrants with green cards from non-Western countries.

The article also discusses the STEM scam of importing cheap tech workers, And it quotes Senator Thune, who criticizes Wisconsin Governor and Candidate Scott Walker for saying this:

The next president and the next congress need to make decisions about a legal immigration system that’s based on, first and foremost, on protecting American workers and American wages… what [is our immigration policy] doing for American workers looking for jobs? What is this doing to wages? We need to have that be at the forefront of our discussion going forward.

Right on, Governor Walker. But Thune doesn't like that, as he is thinking of the wages of the CEOs:

I think if you talk to businesses in this country, they need workers… We have a workforce issue in this country… so having a robust legal immigration process helps us fill jobs that otherwise wouldn’t be getting filled.

A poll from Kellyanne Conway found that a plurality of Americans would like to see an immigration pause reminiscent of President Coolidge’s immigration caps in 1924. Minorities living in the United States have had enough immigration as well. Hispanic voters by greater than a 6:1 ratio and black voters by nearly a 30:1 ratio believe that jobs should go to those already living inside the United States instead of importing new workers from foreign countries.

Wow, you know, a Republican candidate who wanted to win could use these poll results to his advantage!

Then there is the hypocrisy of Bill Gates, the world's wealthiest man:

As Breitbart News reported last year, “A week after former Microsoft CEO Bill Gates argued for amnesty and for an unlimited number of high-tech guest-worker visas, Microsoft announced it would slash 18,000 jobs.”

In the House, Representative Cathy McMorris Rodgers is an open borders fanatic.

In an interview with ReasonTV ...McMorris Rodgers expressed support for an open door immigration policy that would allow any corporation to hire any foreign worker it wants. McMorris Rodgers said, “We need to fix what is a broken immigration system, and those that want to come here for the short or long term can do so.”

So any foreigner could underbid any American for a job. Thanks a lot, Cathy.

As described by Congressional aides who spoke with Breitbart News, while Republicans had an aggressive nationwide push to pass Obamatrade, they have never had a similar media nationwide campaign to protect their constituents from unpopular, uncontrolled immigration: not on sanctuary cities, not on H-1B abuses, not on executive amnesty, etc.

One GOP aide said: “Republican leaders will not, I repeat, will not ever message on how immigration is hurting American workers because they support and want their business buddies to get more foreign workers.”

A second aide told Breitbart News, “I’ve received several press releases from Cathy McMorris’ Rodger’s office in Spanish, but I have never received a single release messaging on immigration’s impact. Even at the height of the DHS fight, I do not recall seeing a single internal email from Conference about how best our office should message on it.”

The bottom line is that the Congressional GOP leadership is composed of cheap labor supporting, open borders fanatics, who don't care that they are importing millions of people who will vote against them.

It seems to me that Republicans who want a sane immigration policy first need to replace this clique of leaders with leaders who will promote the rights and interests of American citizens and workers.

Members of Congress’ websites usually have a tab for issues where constituents can learn more about their position on each issue. A review of Cathy McMorris Rodgers’ website, however, could find no such tab for the immigration issue. Her website does outline her policy platforms on issues such as Education, Health Care, Taxes, and Technology. While Rodgers does not have educational material on her position on immigration, she does have a Spanish option for her website.

Again: one can safely assume that “immigration reform” in this context does not mean the pause on future immigration supported by a plurality of Americans.

Bravo to Julia Hahn. Check out her article here. Here is her archive. Email here here. Contact your senators and representative here.