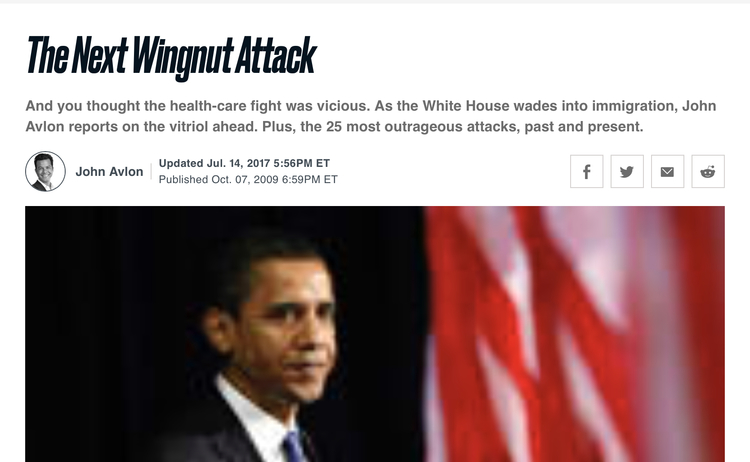 I guess it's not a secret that I think immigration enthusiasts are generally pretty dim (when they're not actually evil). John P. Avlon's recent column in the Daily Beast listing what he calls "some of the most pungent anti-immigrant quotes from our recent wingnut history—from the racist to the ridiculous" is a case in point.

Mostly it's just what Steve Sailer calls "You can't say that!" Point-And-Splutter, illustrating the very narrow intellectual circles in which Avlon apparently moves. For example, he quotes Tom Tancredo's comment that, as a result of immigration, Miami has become part of the Third World. But does anyone seriously doubt that immigration can ultimately transform? And Tancredo had particularly good reasons for saying what he did, which we explored here.

23. "Mexican men have a reputation for leering and worse at little girls, which shouldn't surprise us, since sex with children is socially acceptable in Mexico."—Brenda Walker, California anti-immigrant leader and publisher. From VDARE.com article titled "Top Ten Reasons Why the U.S. Should Not Marry Mexico," January 1, 2007.

Avlon got the date of Brenda's article wrong and he did not provide a hyperlink, a silly game that the emoting left blogosphere plays, but it's here and the first reason listed is that "The legal age of heterosexual consent in Mexico is 12" . Guess Avlon thinks that's a hatefact.

I do feel a mild irritation at #17 on what Avlon calls his "top hits of hate":

"Why should Pennsylvania, founded by the English, become a Colony of Aliens, who will shortly be so numerous as to Germanize us instead of our Anglifying them, and will never adopt our Languages or Customs, any more than they can acquire our Complexion.—Benjamin Franklin, "Observations Concerning the Increase of Mankind," 1751

Immigration enthusiasts have been trotting out this quote forever and I decisively refuted it in my National Review cover story, which ultimately grew into Alien Nation, more than seventeen years ago:

Waves of immigration have been followed by lulls right back into colonial times...And this pattern of variation puts a different perspective on the immigration debate. For example, it is conventional to dismiss all concerns about immigration with the argument that such fears have proved groundless in the past. Of course, this is illogical. Just because a danger has been averted in the past does not mean it cannot happen in the future. Many passengers might have climbed aboard the lifeboat safely; one more may still capsize it.

But in fact these concerns, which have been expressed by the most eminent Americans going right back to colonial times, were perfectly reasonable. They were rendered moot only by changing circumstances. Thus Benjamin Franklin worried about German immigration in 1751: "Why should Pennsylvania, founded by the English, become a Colony of Aliens, who will shortly be so numerous as to Germanize us instead of our Anglifying them... ?" Franklin was not proved wrong: instead, German immigration was halted—in the short run, by the Seven Years' War (1756-63); in the longer run, by the post-Revolution Great Lull.

Come to think of it, I've never seen an immigration enthusiast response to my refutation, although I've used it on a hundred talk shows since. They just go on quoting Franklin, and, if confronted, waffle. See what I mean by dim?

Avlon doesn't seem to list an email address but you can add a comment on his column's thread or apparently write the Daily Beast here.