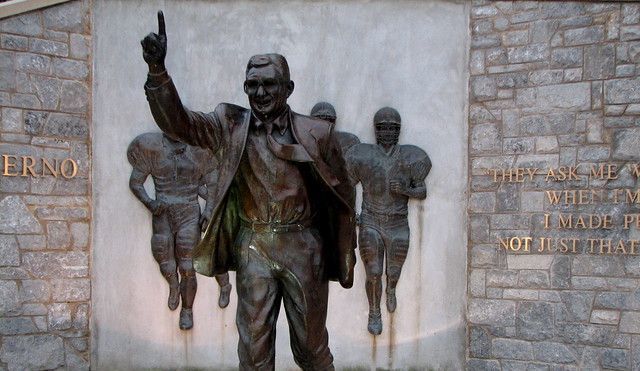 Penn State Coach Joe Paterno died today, age 86. He had an astonishingly successful and lengthy career, and I learn from Wikipedia that he experienced a serious football injury as a result of sideline collision at age 79, but refused to allow it to slow him down.

If he had died last year, he would have had a hundred-percent sucessful life, but a sexual abuse case involving a member of his coaching staff is likely to be what he's most remembered for.

Montaigne's Essay 18 says that you should count no man happy until after he is dead, because you never know when catastrophe will strike.

Paul Kersey wrote about the case of Penn State, and the state of college football in one of our most read articles Joe Paterno And The Penn State Rape Scandal: Discrediting The Opiate Of America.