Jihadists Have Bigger Plans than Many Citizens Imagine

Most of the reports we have heard about the jihadists in Europe have described small groups with a few members, but the conversation between JihadWatch’s Robert Spencer and SunTV’s Ezra Levant considers how the substantially increased numbers of hostiles mean a higher level of danger.

EZRA LEVANT: We know that thousands of European Muslims have gone to fight with the Islamic State terrorists in Iraq and Syria. Do you thinks it’s credible there are groups 20-30 as these reports say, a hundred terrorists in a single cell ready to attack in Europe? Do you think that’s credible?

ROBERT SPENCER: Yeah, absolutely. There’s not reason why not. Even European authorities are acknowledging today that there are between 2,000 and 5,000 what they call radicalized Muslim extremists, that is Muslims that are ready to wage jihad and wage it in Europe and they are in Europe now, and so could a hundred of them get together to plan a large-scale attack? There’s absolutely no reason why not. . .

LEVANT: In Canada some years ago we had the Toronto 18, so that was 18 Muslim extremists collaborating, training, working on their plans. The plans were intercepted but still, if 18 people would work together in Canada, which has a smaller Muslim population, I guess it is not unthinkable that you would have, but these terror cells reportedly are up to a hundred people. In my mind, I think of the damage done by two or three people working in concert in Paris last week. A hundred people, I mean that’s like a military battalion, that would be enough to take over a police station, that would be enough to take over a military base, that would certainly be enough to slaughter any Jewish synagogue or university, maybe even enough to get into the French parliament.

SPENCER: Yeah, Ezra, look, all these things are possibilities. Saying it’s a military battalion, I think that’s very well put because they do consider themselves to be in a war.

The terrorist arrests in Belgium on Thursday turned up police uniforms as well as the expected explosives and firearms. A Reuters report (Dozens held across Europe in Islamist suspect sweeps) quoted the prosecutor’s spokesman who explained, “This group was on the point of carrying out terrorist attacks aiming to kill police officers in the streets and in police stations.”

Below, Belgian police arrested hostile Muslims in the city of Verviers. 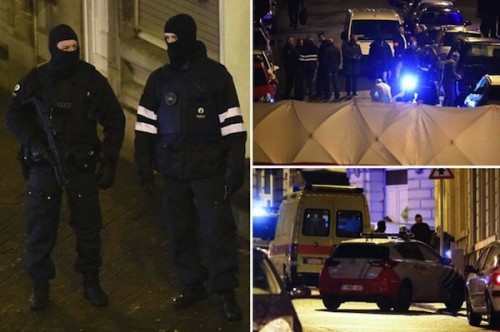 So the bad guys have bigger plans for Europe and elsewhere. The Toronto 18, mentioned by Ezra Levant, didn’t get much press in the US, but the group had a very ambitious plot in 2006 to invade Canada’s Parliament building and behead the Prime Minister, among other violence. In addition, some of the jihadists today have gotten military training in Syria and are therefore far more dangerous than the standard Allah gangsters of earlier plots. At any rate, continuing Muslim immigration is madness. 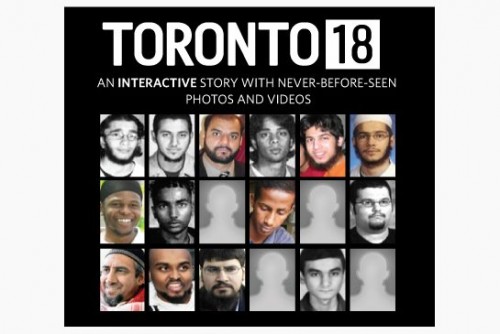