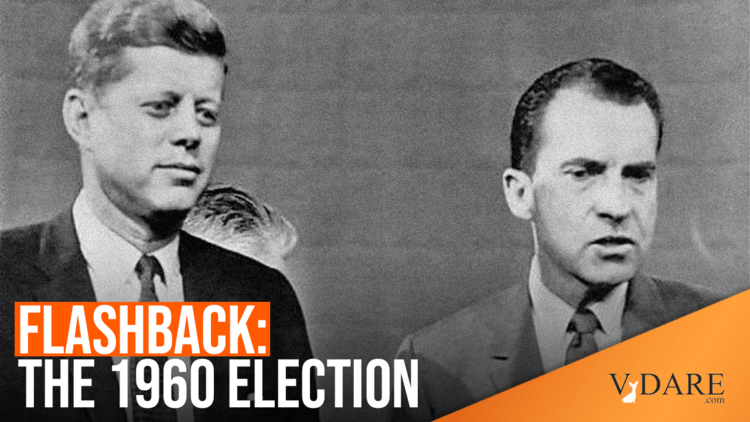 JFK, Mayor Daley, And The Joy of Counting Your Votes Last

Famous political reporter Theodore White didn’t include the following story in his romanticized bestseller The Making of the President, celebrating the election of John F. Kennedy in 1960, but he did put it in his 1978 autobiography In Search of History:

Even in the most corrupt states of the Union, one cannot steal more than one or two percent of the vote… The AP was pressing its reporters for returns, and the reporters were trying to gouge out of the Republican and Democratic machines their vote-stealing, precinct by precinct totals. … It was downstate (Republican) versus Cook County (Democratic), and the bosses, holding back totals from key precincts, were playing out their concealed cards under pressure of publicity as in a giant game of blackjack.

… the AP ticker chattered its keys once more and reported: "With all downstate precincts now reported in, and only Cook County precincts unreported, Richard Nixon has surged into the lead by 3,000 votes.’

I was dismayed, for if Nixon really carried Illinois, the game was all but over. And at this point I was jabbed from dismay by the outburst of jubilation from young Dick Donahue, who yelped, ‘He’s got them! Daley made them go first! He’s still holding back — watch him play his hand now.” I was baffled, they were elated. But they knew the counting game better than I, and as if in response to Donahue’s yelp, the ticker, having stuttered along for several minutes with other results, announced: ‘With the last precincts of Cook County now in, Senator Kennedy has won a lead of 8,000 votes to carry Illinois’s 27 electoral votes.’

Later that evening, Kennedy told his friend Ben Bradlee of an early call from Daley, when all seemed in doubt. ‘With a little bit of luck and the help of a few close friends,’ Daley had assured Kennedy before the AP had pushed out the count, ‘you’re going to carry Illinois.’

Note: it’s often recounted that Illinois determined the 1960 election. But, in truth, Nixon would have had to carry both of the states that were late in getting their votes in—Illinois and Texas—to win 270 Electoral Votes.