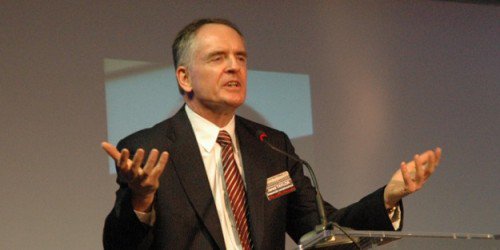 Jared Taylor was interviewed as a spokesman for the Council Of Conservative Citizens by a paper in Texas [Longview drawn into South Carolina shooting, By Glenn Evans, June 22, 2015] and explained the basic facts about interracial crime statistics—that blacks make more attacks on whites than vice-versa.

Apparently this worried them at the paper, and they published a follow-up [Stats 'taken out of context', By Glenn Evans, June 25, 2015] based on something they heard from a woman at the Bureau of Justice Statistics. Jared Taylor explains below what was wrong with this

The Bureau of Justice Statistics has made a brazen, deceptive effort to downplay black-on-white crime–and bonehead journalists at the Longview News-Journal in Texas fell for it.

Lynn Langton of the Bureau of Justice Statistics was trying to explain away statistics we have been reporting: That of the 520,000 black/white interracial crimes of violence attempted and committed in 2008, blacks committed 83 percent–429,000–of them. And given that the bureau lumps most Hispanics in with whites, it meant that a black (blacks were 12.9 percent of the population) was 29.4 times more likely to commit violence against a “white” (79.8 percent of the population) than the other way around.

This is too much truth for Americans to handle, so Miss Langton provided the official government slant. “A similar percentage of whites experienced violence from blacks as blacks experienced from whites,” she explained. That sure makes it sound as though whites attack blacks about as often as blacks attack whites, doesn’t it? Black-on-white crime must not be a problem after all.

How can we and Miss Langton both be right? Consider this example: Say, someone tells you that “a similar percentage of cats experienced violence from dogs as dogs experienced from cats,” which is what Miss Langton says about black/white violence. It sounds like dogs and cats are equally guilty of inter-species violence–but that would be true only if there were an equal number of cats and dogs.

Let’s imagine that there are 600 cats but only six dogs, and that the “similar percentage” is 50 percent. In other words, half of each group is attacked by the other group. That would mean 300 dog-on-cat attacks but only three cat-on-dog attacks. Clearly, there is an epidemic of dog-on-cat violence.

It would be accurate to say that “a similar percentage of cats experienced violence from dogs as dogs experienced from cats,” but it would be much more realistic to say that of the 303 (300 plus 3) acts of cat/dog violence, dogs attacked cats 99 percent (300/303) of the time. It would be an obvious cover-up to spout baloney about “similar percentages.” But that’s the way Miss Langton treats interracial crime.

It reminds me of an old story from the Cold War era. The Soviets and the Americans had an automobile race, and the Soviets lost. Pravda reported the news with the headline, “Our driver finished second and the American came in next to last.” Factually true, but deliberately misleading.

In his statement, Dylann Roof says that when he started searching the Internet, he was astonished to discover that there is so much black-on-white crime. We have said all along that he was astonished only because the mainstream media refuse to talk about it. This incident proves how right we were. The News-Journal wrote about black-on-white crime only because I told them about it in an interview.

But publishing the truth made them so uncomfortable they rushed over the next day to the BJS to get the right spin, and dutifully published the crude, Pravda-like white-wash Miss Langton provided them. I can’t decide which is worse: BJS’s blatant attempt to sweep the facts under the rug or the News-Journal’s stupidity–or complicity–in publishing it.

We don’t know for sure why Dylann Roof went on his murderous rampage. But we do know that it had something to do with finding out that we don’t get the full story on race.

What if things were different? What if black-on-white crime were widely recognized as a big problem? What if the president agonized about it, and bureaucrats and academics looked for ways to stop it? What if the media vigorously reported it, and chided blacks about it the way they chide whites about slavery–which ended 150 year ago? [More]

Remember, Eugene Gant pointed out that when the New York Times said that Muslims had—according to one think tank—committed only 26 terrorist killings, compared to 48 committed by regular Americans, they were saying that less than one percent of the population commits more than half as much terrorism as the other 99 percent, and they thought it made Muslims look good! It was called Homegrown Radicals More Deadly Than Jihadis in U.S.By Scott Shane, June 24, 2015. This is called innumeracy, and it's distressingly common among journalists.

What the Bureau of Justice Statistics lady's excuse is, I don't know, but it's telling that we can't get official statistics later than 2008—the year of Obama's election.