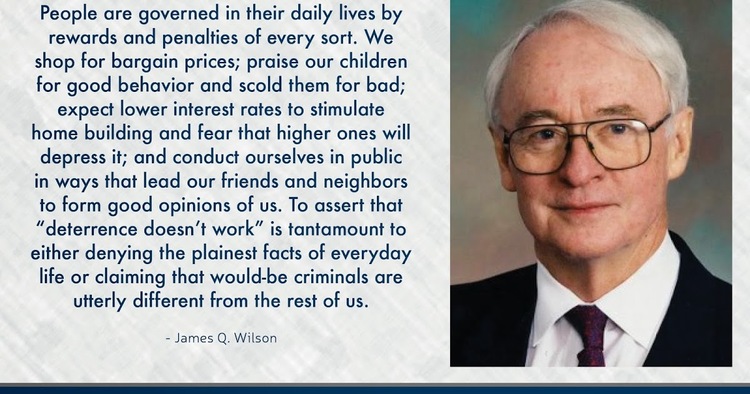 James Q. Wilson has died, age 80. You can read his Washington Post obit here. Steve Sailer mentioned him in a 2004 article on the Bell Curve wars:

James Q. Wilson defended the book staunchly. (Unusually, Wilson has never backtracked about the importance of IQ—he wanted me to write an article on it for The Public Interest in 2000, but Nathan Glazer vetoed my proposal. That became instead the five part VDARE.COM series called "How to Help the Left Half of the Bell Curve.")

Wilson's defense of the Bell Curve was Acting Smart, National Review, December 5, 1994. His “Broken Windows” article, which he coauthored with George L. Kelling, is still online.

His last article, published in The Claremont Review, was Measuring the Slant |A review of Left Turn: How Liberal Media Bias Distorts the American Mind,

"The vast majority of conservatives undoubtedly believe the mass media are hopelessly liberal. What we need, however, are not more denunciations of tendentious journalism but more, and better, evidence. "

"More and better evidence" would be a worthwile epitaph.