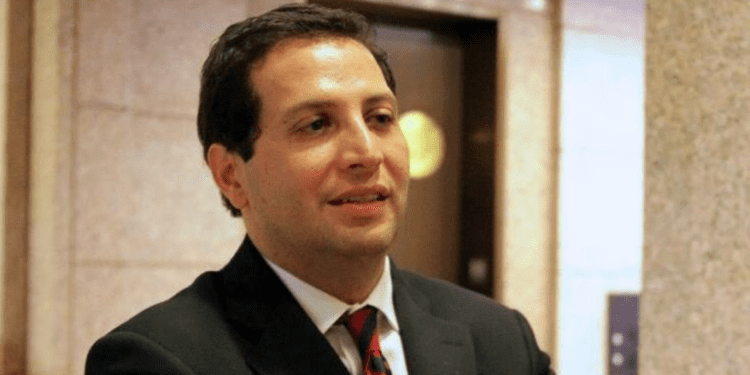 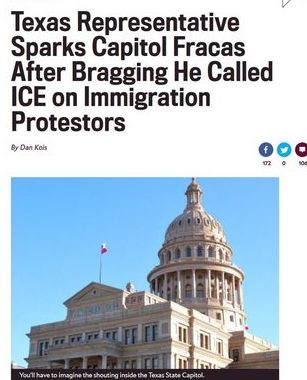 Hispanic Democrat Alfonso "Poncho" Nevárez  (the little accent over the a in Nevarez is symbol of non-assimilation) was just arrested for dropping an envelope—on official state letterhead—with four baggies of cocaine at an airport.

The Texas Department of Public Safety filed an affidavit on Oct. 29 detailing surveillance footage that revealed Nevárez "dropping a white paper object" as he walked out of the airport on Sept. 6. Two Texas Department of Transportation employees found the white envelope, prompting an investigation.

Nevárez, who is chairman of the state house Homeland Security & Public Safety Committee, told the Texas Tribune on Thursday "the news is true."

in 2017 we covered an earlier incident involving Nevarez, several other Hispanic Democrats and Representative Matt Rinaldi, a Republican.

I wrote that Slate's headline was Texas Representative Sparks Capitol Fracas After Bragging He Called ICE on Immigration Protestors, By Dan Kois, May 29, 2017, but what actually happened is that several Mexican American Democratic members of the Texas Legislature physically attacked a Republican and threatened him with violence. See his 2017 Tweet below.

A statement regarding today. pic.twitter.com/M0BcBXa43P

Wikipedia describes the incident this way:

In May 2017, Republican state representative Matt Rinaldi called Immigrations and Customs Enforcement (ICE) officers on protesters at the state capitol. Rinaldi said that after calling ICE, Nevárez "threatened my life on the House floor." Nevárez said that he put his hands on Rinaldi, "But was I going to shoot the guy? No."

No one but us is likely to ask.