The lefty Jacobin has a long article on gentrification in Washington DC:

Liberalism and Gentrification by Gavin Mueller 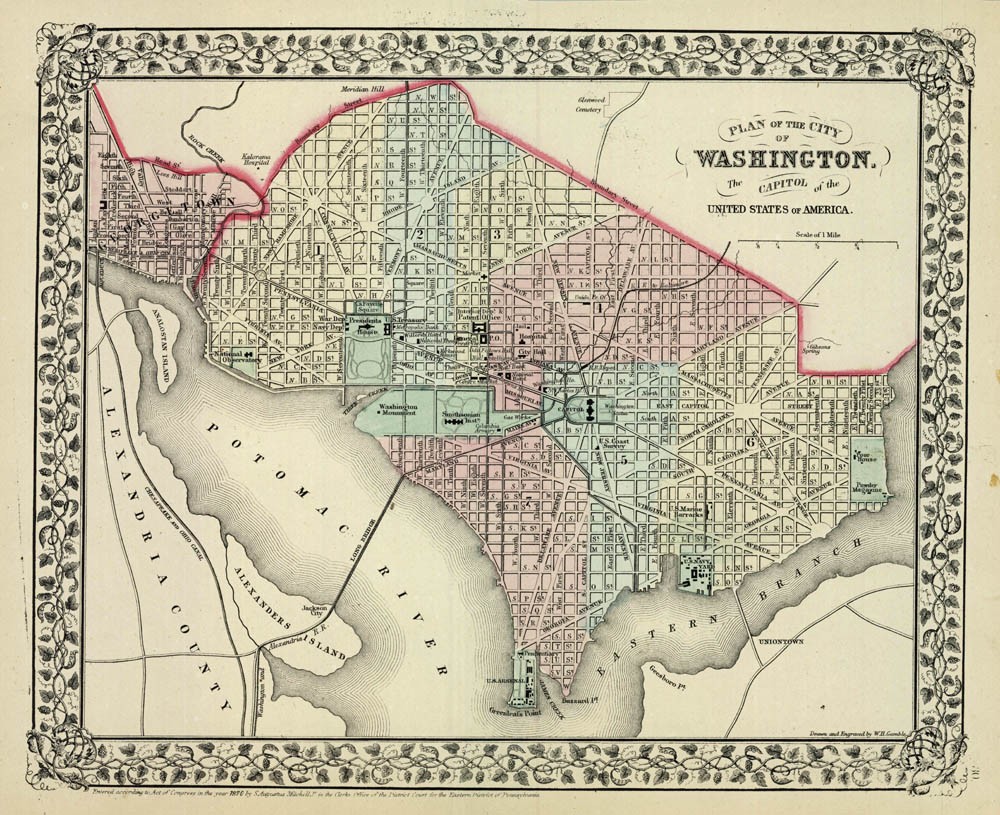 … Real estate is practically recreation in DC — go to a bar and instead of gabbing about local sports (few yuppies grew up with Washington’s teams, and feel little loyalty to them), people chat about the up-and-coming neighborhoods, where the deals are, which neighborhoods have undergone the most drastic change. And which are still “scary” or “sketchy.”

It’s important to understand what’s going on here. A powerful capitalist class of bankers, real-estate developers, and investors is driving gentrification, using a mixture of huge loans (to which only they have access) and government funding to push land values higher.

This leaves DC’s professional class with a choice. If their household income is in the six-figure-range, they can generally secure mortgages in gentrifying neighborhoods, buy property, have low-wage workers fix it up for cheap, and ride those property values into a secure position in the middle class. Or they can pay exorbitant rent until they move back to Peoria. Not much of a choice.

Or they can move to the boring suburbs and commute. Some people commute all the way from the exurbs in West Virginia (West Virginia!). That would assuage all of Mr. Mueller’s sensitivities about not Displacing the Urban Poor, but then he’d have to tell people he lives in West Virginia, so that’s not going to happen.

If they buy, they’re putting everything on the line, albeit a line that, in this city, has only gone one way in the past decade.

Tying up your assets, your middle-class future, in home values does something to people. It alters their interests. It sutures a professional class, of liberal and even progressive beliefs, to the rapacious capitalist expansion into the city. The people who move to gentrifying areas tend to have liberal, tolerant, cosmopolitan sympathies. But they are aligned materially with reactionary and oppressive city restructuring, pushing them into antagonism with established residents, who do nothing for property values.

For upper middle class Americans like the white residents of Washington DC, buying a home is tied into getting married and having children. If you are liberal journalists Brian Beutler or Matthew Yglesias, recent victims of serious black violence on the streets of Washington, you can try to put up a brave front about what a tough guy you, personally, are. But are you really still so devil-may-care when it comes to the safety of Mrs. Beutler or Mrs. Yglesias pushing a baby carriage?

Behind every Jane Jacobs comes Rudy Giuliani with his nightstick.

At the peak of the violence during the David Dinkins Era in NYC, about 40 NYC cabdrivers per year were being murdered in their cabs. The cabdrivers held big protests driving down Fifth Avenue honking their horns to try to Raise Awareness of their need for more police protection. (This huge 1993 protest has almost completely disappeared down the Memory Hole. Here’s the only place I can find it mentioned on the web, a website that memorializes murdered cabbies.)

This produces racism. Racism isn’t just a bad feeling in your heart, as a liberal believes when she insists that she isn’t at all racist. It’s a force that emerges from the pressures of maintaining one’s own position, and the resentments that spring forth from this process. It produces fear and hatred of the poor for being poor, for having any pretense of being on equal footing with the propertied. It is a hatred for the potential threat to the property values which underpin a tenuous future among the professional middle class: blackness.

Or to phrase it another way, maybe you don’t want local criminals Polar Bear Hunting your wife and children?

This bubbles up into everyday life in all sorts of ways. At a cookout in a gentrifying Northeast neighborhood, I watched as a guest, a nice man with a nice job and a nice family, became increasingly incensed by some black teenagers riding mopeds through the alley. Their bikes were loud, but they did nothing to us, said nothing to us. And yet he seemed to resent their very presence: he glared, he muttered under his breath.

It was not only that these boys existed, but that they enjoyed themselves unapologetically, in full purview of the gentry. They didn’t shuck and jive, they didn’t cower, and they didn’t stay quiet. His rage grew every time they passed by, his fists clenching and unclenching at these children who were born in this neighborhood, who dared to have fun to his face.

This rage is a counterpart to fear: the man was angry at himself for being afraid. Frantz Fanon, writing about his experiences as a black man in white Paris, gave a diagnosis apt to this day: “The Negro is a phobogenic object.” Young black bodies

have been mass culture’s symbol for irrational, savage violence for decades, for centuries. And so the whites fear them, and this fear can manifest as anger, as callousness, as hatred. And yet, Washington’s rate of violent crime against whites is lower than the national average.

Compared to the 50 states, D.C. has the least violent whites and most violent blacks. In 1997 in liberal, black-ruled D.C., blacks were imprisoned 56 times more often than whites, whereas the ratio was only six to one in Republican-run Mississippi and South Carolina.

White skin is quite literally a protection from harm. But it doesn’t insulate your property values. That requires extra vigilance.

A few generations from now, young poor blacks are going to be amazed by their great-grandmothers’ stories of where they used to live: the national’s capital, Manhattan, San Francisco, Chicago’s lakefront, not far from the beach in L.A,...