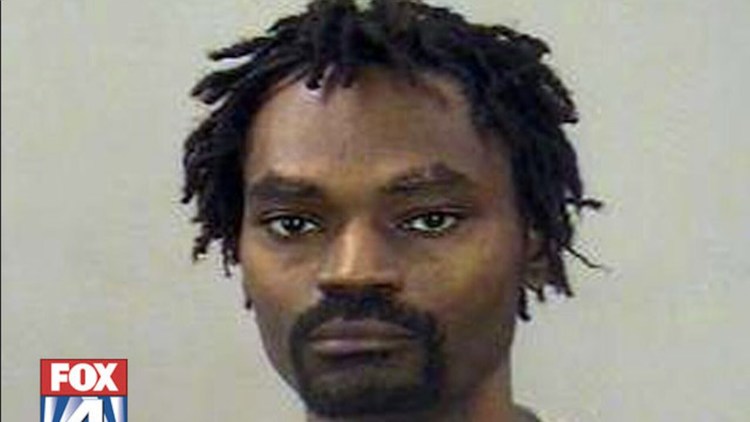 My reader-researcher, W, sent along the story of the short, tragic life of Jabraylon Bables, who died in Dallas on Saturday, December 11, at the age of 16 months.

Carlnelus Delaney Simmons, above, the boyfriend of Jabraylon's mother, Jasmine Thompson, has been charged with felonious “injury to a child,” with an upgrade surely (hopefully?) to come.

Fox News and the AP report, “Simmons told police he accidentally dropped hot water on the boy.” Miss Thompson said “she does not believe Simmons would have deliberately hurt her child.”

Jabraylon’s aunt, Veronica Bables, had a different take: "From the injuries on the baby, I think he did it intentionally. I feel like he tortured him."

A Dallas toddler has died after police say he was dropped in a pot of boiling water.

Dallas police told The Dallas Morning News in a story Tuesday that 16-month-old Jabraylon Bables appeared to have been dipped in boiling water. The toddler died Saturday from injuries and infections, 36 days after police say he was deliberately burned.

"It's a horrible case. It's heartbreaking for everybody involved," Dallas police Sgt. Brenda Nichols, supervisor of the child abuse unit, told the paper.

The known facts support Veronica Bables’ judgment. Such deadly wounds, covering so much of the child's body, could not have been an accident.

When people speak of the black “family,” increasingly they are referring to a woman who has never been married, her child(ren), and the convicted felon of the moment in her life.

Some readers will counter that I can’t generalize from Jabraylon’s world to the world of the black “family.” Unfortunately, I can. While in 2008, the American black (“African-American”) illegitimacy rate rose to 72.3 percent, that number would be higher, were it not for married West Indian and African immigrants, and their married children, who have yet to “assimilate” to African-American norms, not to mention married, middle-class suburbanites.

When I lived in black-dominated Far Rockaway, Queens, during the mid-1990s, virtually all black children there were born out of wedlock, and black men under the age of 30 without criminal records were hard to find.

In a previous life (the late 1980s and early 1990s), I worked with children like Jabraylon as a case worker. Although I didn’t lose any children to murder, the twin brother of one young boy “died under mysterious circumstances,” prior to my working for the foster-care agency.

The four children had been removed from the home circa 1985, after someone reported observing the mother on the street, violently shaking the twin who would survive. The boy who was being shaken, who would have been at most three or four years old, was found to have multiple fractures of different ages. Note that the mother was not a drug addict, kept a regular job in a bank, and was unfailingly polite.

My most violent clients were not drug addicts.

Large swaths of the black middle and lower-middle classes consist of people who have demanded and received—as “role models”—jobs ministering to America’s Jasmine Thompsons, Carlnelus Delaney Simmonses, and Jabraylon Bableses.

And while many Republicans assume that illegitimacy is the most influential cause of black communities’ crime problem, what I’ve seen during my occasional experiences with American-born black husbands suggests that the problems go much deeper, to the violent racism that married fathers also inculcate in their children.

Among blacks, the belief is pervasive that black violence and crime are not problems, as long as they are not committed against fellow blacks. For over 20 years, beginning with Jesse Jackson Sr., blacks have lamented not crime, but “black-on-black crime.”

If a demand by black officials and activists comes to fruition, soon we will no longer even know that a Carlnelus Delaney Simmons is a convicted murderer. Blacks who work with black offenders at every level (courts, police, parole, etc.) are demanding that previously convicted black boys and men’s criminal records be expunged. They maintain that the cause of convicted black males’ problems staying out of trouble is their criminal record, not their history of refusing to obey the law, or respect other people’s persons and property.

Although such a change in practices would illegally and unconstitutionally discriminate on behalf of black males, and against everyone else, one should not assume that it will not come to pass. The authorities routinely engage in such discrimination every day, in almost every way.

Fred Reed, himself a veteran crime reporter, once maintained that among urban reporters, policemen, and prosecutors, telling the truth about black crime “is a firing offense.”

Today, telling the truth about the “family,” or any other aspect of black life is likewise a firing offense.

(A tip ‘o the hat to American Renaissance.)