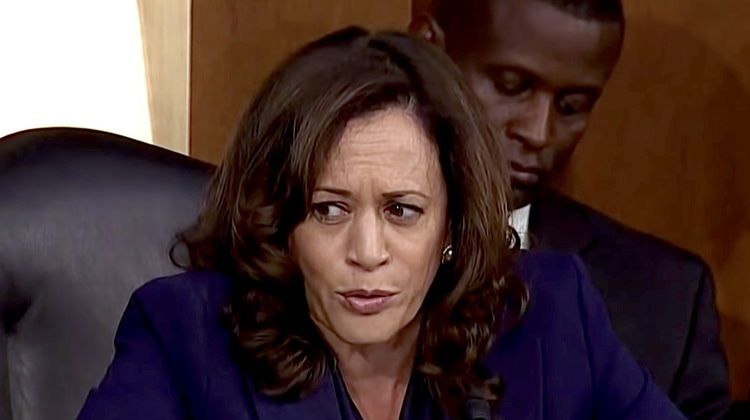 See, earlier by James Fulford: Gun Control—Like Immigration Law, Enforced Only Against Those Who Obey It

Almost all of the guns used in fatal and nonfatal shootings in 70% black Baltimore and 67% nonwhite Chicago are illegal.

The same for other American cities (Indianapolis, St. Louis, Memphis, Philadelphia, Washington D.C., Los Angeles, Dallas, Atlanta, Charlotte, Pittsburgh) where nightly newscasts are littered with another shooting/homicide of a black individual by another black individual.

But none of this matters in the debate on firearms and the need to eradicate the 2nd Amendment.

No politicians will demand the government go door to door in urban America and target the black and brown gang members who commit the bulk of the homicides/nonfatal shootings in America.

It’s all about disarming white America.

California Democratic Sen. Kamala Harris gave details about her gun control proposals in the wake of the deadly El Paso, Texas shooting after she addressed union members at the AFSCME forum at the University of Nevada, Las Vegas on Saturday.

When asked by the Washington Examiner if her plan would include legal gun owner databases or gun confiscation via law enforcement visits to residents who own banned firearms, she replied, “I’m actually prepared to take executive action to put in place rules that improve this situation.”

She continued, “I also have as part of my background and experience working on this issue, when I was attorney general [of California], and we put resources into allowing law enforcement to actually knock on the doors of people who were on two lists—a list where they had been found by a court to be a danger to themselves and others.

“They were on a list where they were precluded and prohibited from owning a gun because of a conviction that prohibited that ownership. Those lists were combined and then we sent law enforcement out to take those guns, because, listen, we have to deal with this on all levels, but we have to do this with a sense of urgency,” Harris added.

Black and brown gangbangers making America’s greatest cities into war zones on a daily basis are no threat to the establishment, thus no need to threaten gun confiscation of the illegal arms they use to murder one another.

It’s about going after guns purchased legally by white people, which the state then bans. Law-abiding white gun owners are the only people the state dares threaten with confiscation.

And with demographic change in Arizona, Texas, North Carolina, Georgia and Florida, we may be only one year and three months away from a Democrat—who threatens door-to-door gun confiscation—being elected President of the United States.