Islamic Immigration: Why We Can't Have Nice Things Anymore

Russia Shows What Happens When Terrorists’ Families Are Targeted

MOSCOW — Donald J. Trump, the leading Republican presidential candidate, was widely condemned when he called for the United States to “take out the families” of terrorists.

His approach — even after he clarified that he was not talking about killing the relatives — was dismissed by many as immoral and unlawful. Yet, it is the very tactic that Russia has pursued for decades.

It is the signature, though officially unacknowledged, policy behind Moscow’s counterinsurgency and counterterrorism strategies, and Russia’s actions in smashing a Muslim separatist rebellion in the Caucasus provide a laboratory for testing Mr. Trump’s ideas.

The family ties that bind in terrorist groups came into focus last week after the police in Brussels disclosed that two of the three suicide bombers in the attacks there were brothers, Ibrahim and Khalid el-Bakraoui. All told, analysts estimate that a third of the participants in terrorist acts are related to another attacker.

In the conflict that began in Chechnya and has since metastasized into a loosely organized Islamic rebellion throughout the Caucasus region, Russian security services routinely arrest, torture and kill relatives, rights groups say. 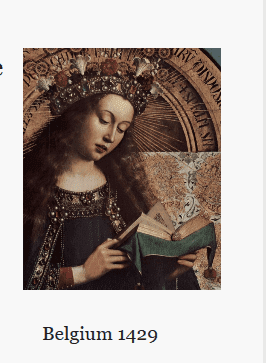 The Russian approach, enough to make supporters of waterboarding wince, has by some accounts been grimly effective. Abductions of family members unwound the rebel leadership in Chechnya, for example. …

The most sweeping application of the tactic came during the pacification of Chechnya, after Mr. Putin engineered the recapture of the separatist territory early in his tenure.

Relatives were used as “hooks” to lure in militants. If the militant did not switch sides, the family member disappeared. Chechnya had about 3,000 to 5,000 unresolved disappearances from 2000 to 2005 or so. The policy, executed by the Chechen leader, Ramzan A. Kadyrov, the scion of a prominent Chechen family that itself switched sides, broke the organized resistance.

Back in November in Taki’s, I wrote in Four Ways to Save Europe:

Fourth, Europeans need to adapt their legal system to the nonindividualistic culture of Muslims. For example, the threat of a jail term might not deter a Muslim terrorist who expects to flee back to Syria and/or collect his 72 virgins.

Cultures with more experience dealing with Muslims, whether Hindu or other Muslims, typically wind up using various forms of collective punishment to persuade senior Muslims to control their young bravos. For example, the movie Slumdog Millionaire depicts the 1992 communal riots in Bombay in which Hindu mobs chastised Muslims by burning down their neighborhoods. 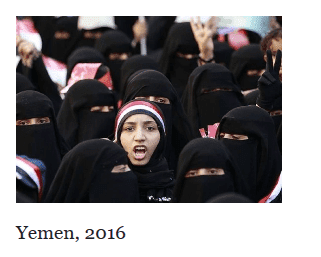 Europeans don’t want to regress to South Asian levels of barbarism. Fortunately, there are civilized, bureaucratic ways to incentivize Muslim extended families to police their own violent youths. …

In Arab countries, except sometimes during the Arab Spring, disorganized street crime is surprisingly rare. That’s because Arabs know how to police Arabs. …

For example, several of the Muslim outrages in France in 2015, such as November’s slaughter, the August attack on the train foiled by the American soldiers, and the massacre at the kosher supermarket last January, were organized in the Brussels suburb of Molenbeek, which is less impoverished than you might expect: Muslims aren’t bad at running small businesses, so they have something to lose. If young Mohamed runs amok, the patriarch of his clan should have his beautiful launderette confiscated and he be deported.

But demographic diversity requires legal change. Due to mass migration, Europeans can’t stick with their outdated tradition of punishing only guilty individuals. Instead, whites must learn from the various cultures who have all found that the way to deter Muslim violence is to pre-emptively threaten to punish any and all Muslims merely affiliated with wrongdoers with fines, confiscation, and deportation.

Sure, this new legal doctrine of collective responsibility would be a betrayal of the proud Western European tradition of individualism. But the alternative – keeping Muslims out of Europe – seems unthinkable to today’s leaders such as Dr. Merkel.

But thinking that makes me some kind of crazed extremist.

So, instead, the whole world needs to adopt the lowest common denominator methods suited to Yemenis.

Collective punishment is now the progressive, European, multicultural, diverse way of doing things. It’s who we are.