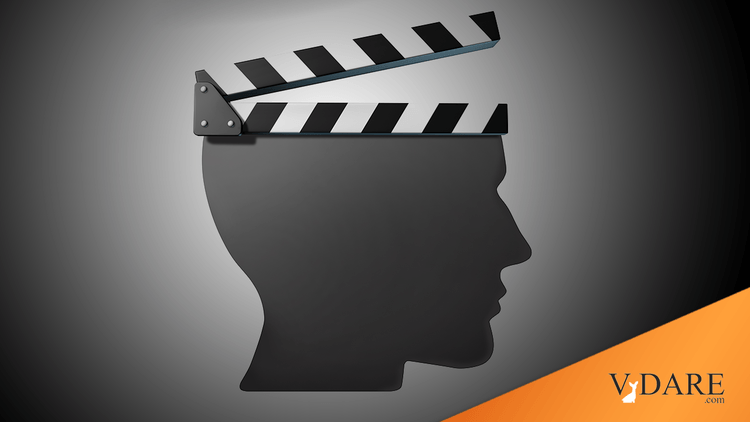 As I mentioned before, late 2011's crop of Ocar-contender movies proved peculiarly hard to come up with anything intelligent to say about how they relate to larger themes in American life (whereas Rise of the Planet of the Apes, Bad Teacher, X-Men: First Class, and so forth from the popcorn season were smart reimaginings of things you aren't supposed to talk about explicitly). For example, the most intelligent thought I came up from thinking about "The Artist" was that maybe instead of speeding up the film 2 frames per second, they should have sped it up 4 frames.

In contrast, in years past it was easy to come up with interpretations of Oscar-nominated films radically different from the conventional wisdom: e.g., "District 9" wasn't so much an "apartheid allegory" as it was a dystopian Malthusian take on illegal immigration from Zimbabwe by a refugee Boer. "Borat" wasn't a documentary exploring prejudice in Red State America, it was a 90 minute Polish joke illustrating traditional Jewish attitudes toward goyishe kop Slavs. But, "The Artist" is a fun silent movie.

That doesn't stop pixel-stained wretches from trying, however. Here, for example, is Frank Bruni in the New York Times painfully drawing analogies between each and every one of the 9 Best Picture nominees and the GOP presidential primaries.