Instead Of H-1B, Why Not American Women Coders?

I Am Woman, Watch Me Hack By CATHERINE RAMPELL 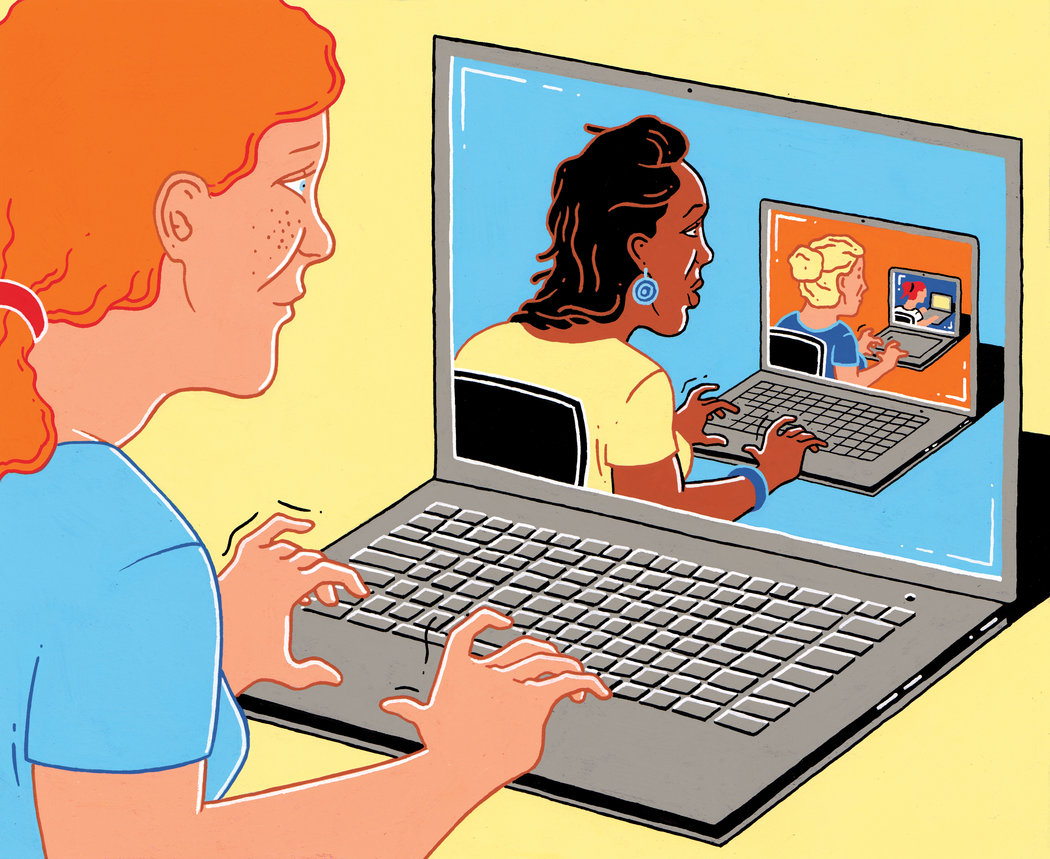 When she was a little girl growing up in the Bronx, Nikki Allen dreamed of being a forensic scientist. As a teenager, she liked studying science in school, and she thought forensics offered a way to give back to her neighborhood. Not insignificant, the job also looked pretty cool — at least based on the many hours of “CSI” Allen had watched on TV with her aunt. Allen, who is now 16, had considerably less interest in computer programming. ...

Computer science is an incredibly promising major, especially for a young woman.

No, it's not. The richest, most powerful people in the country (e.g., Bill Gates, Orrin Hatch, Mark Zuckerberg, etc.) are engaged in an open conspiracy against American programmers. Defeat them, and maybe it would be.

... Yet just 0.4 percent of all female college freshmen say they intend to major in computer science. In fact, the share of women in computer science has actually fallen over the years. In 1990-91, about 29 percent of bachelor’s degrees awarded in computer and information sciences went to women; 20 years later, it has plunged to 18 percent. Today, just a quarter of all Americans in computer-related occupations are women.

In public discourse, there's a common assumption that women in the workplace is this amazing new idea that was just invented last week. The reality is that feminism back in 1969 was pushing on an open door and quickly became the standard. Why wouldn't it? Did corporations not want more workers competing for jobs?

(For example, the Equal Rights Amendment swept through Congress in 1972 and was approved by 30 states  by the end of 1973, only failing to gain ratification when Phyllis Schlafly won over the public by pointing out problems it would cause that were unanticipated in the celebratory rush to approve it.)

As these numbers point out, programming was more popular among young women a generation ago than it is today. Admiral Grace Hopper, main inventor in 1959 of COBOL, the verbose programming language that was the standard of Corporate America up through Y2K, was famous in the 1980s.

There are a lot of reasons that computers have faded as a career for women, such as programming languages becoming more abstract. And H-1B visas have flooded the market with Asian males.

I want to make a few points that are often overlooked:

American working women don't benefit from the kind of globalized winner-take-all competition that Mark Zuckerberg and popular economists assume are indisputably good. American women like 9-5 jobs that aren't all-consuming. They prefer jobs where you can also have a life. Opening up the workforce to global competition for American jobs is often assumed to be a way for women to strike back at white males, but the evidence is in and that turns out to be a very bad idea.

In particular, American employers' evident animus against American programmers over about 45 and desire to replace them with young Asian men would logically make programming an unattractive career to women. Because of the biological clock, a lot of women would prefer to work harder in their 40s and 50s after their kids get to school than in their 30s.

One of the biggest challenges, according to many in the industry, may be a public-image problem. Most young people, like Allen, simply don’t come into contact with computer scientists and engineers in their daily lives, and they don’t really understand what they do. And to the extent that Americans do, “they think of Dilbert,” explains Jeffrey Wilcox, vice president of engineering at Lockheed Martin. (“Dilbert” being shorthand, of course, for boring, antisocial, cubicle-contained drudgery, conducted mostly by awkward men in short-sleeve dress shirts — a bit like “Office Space,” only worse.) “I think it’s just about telling our story better,” Wilcox said. “We as engineers, and I’m guilty of this, we’re not great storytellers.”

I think Nerd Liberation over the last few decades has inclined women away from computers. If you go back far enough, nerds were culturally invisible, just as they tended to be invisible in real life to many women. But now it's hard to be oblivious.

Public narratives about a career make a difference. The most common career aspiration named on Girls Who Code applications is forensic science. Like Allen, few if any of the girls have ever met anyone in that field, but they’ve all watched “CSI,” “Bones” or some other show in which a cool chick with great hair in a lab coat gets to use her scientific know-how to solve a crime. This so-called “CSI” effect has been credited for helping turn forensic science from a primarily male occupation into a primarily female one.

That has to be the worst career choice in the world. There aren't actually a lot of criminal masterminds out there to engage in battles of wits with (there are mostly idiots doing horrible things), locals governments don't have gleaming high tech crime labs with wall-sized computer touch screens like on the TV shows (they have a lot of good-enough-for-government-work fluorescent tube lighting), and any career that gets taken over by women suffers a decline in pay and prospects (at least if you are a veterinarian you get to work with cute pets).

There is, of course, no pop-culture corollary for computer science. A study financed by the Geena Davis Institute on Gender in Media

I saw Geena Davis in 2000 rushing through the drugstore without her makeup on. Let's just say that the lovely Geena the you know from movies and television has devoted much of her waking existence to thinking hard (and effectively) about makeup.

found that recent family films, children’s shows and prime-time programs featured extraordinarily few characters with computer science or engineering occupations, and even fewer who were female. The ratio of men to women in those jobs is 14.25 to 1 in family films and 5.4 to 1 in prime time. Whenever high-ranking people in the tech industry meet, whether at the White House or a Clinton Global Initiative conference, one executive says, “we almost always walk away from the discussion having come to the conclusion we need a television show.”

Nearly every tech or nonprofit executive I spoke with mentioned their hope that “The Social Network” has improved the public’s perception of programmers.

I really don't think that was Aaron Sorkin's intention. I suspect the public was most impressed by the realization that Zuckerberg made $10 billion before he was 30.

They also mentioned how bummed they were that the hit film didn’t include more prominent female characters. Meanwhile, the National Academy of Sciences now offers a program called the Sciences and Entertainment Exchange that gives writers and producers free consultation with all kinds of scientists. Natalie Portman’s character in the superhero movie “Thor,” for instance, started out as a nurse. After a consultation with scientists introduced through the exchange, she became an astrophysicist.

Casting Sofia Vergara as a hacker with a heart of gold may seem an eye-roll-worthy suggestion, but the Labor Department has estimated that there will be 1.4 million job openings for computer-related occupations this decade. The skills required to fill these jobs can be imported from places like India and China, or they can be homegrown. ... The young girls at home watching “CSI” represent a sizable American talent pool that has yet to be tapped.

It would be racist to homegrow them. What would the Zuck say?