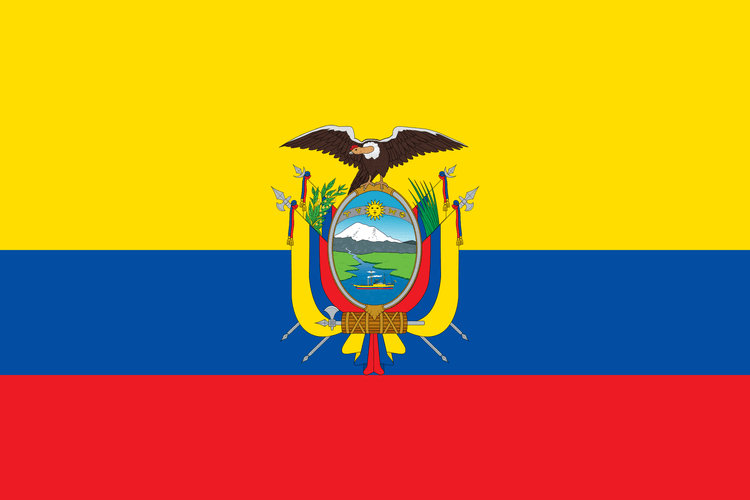 Finally. The authorities had the gumption to expel a foreign embassy official for meddling in local affairs. The official ”allegedly disputed the transfer of a senior police investigator amid a growing diplomatic spat.”

I’ve been saying for years that that’s the way you deal with obnoxious foreigners who don’t know how to behave when abroad.

Unfortunately, the story is good news for...Ecuadoreans! You see, in my best imitation of an MSM reporter, I provided a half-true opening paragraph. You know what they say: A half-truth is a whole lie.

It was an American embassy official, Mark Sullivan, who was expelled from Ecuador.

It is the second expulsion order against a U.S. Embassy official this month by President Rafael Correa, who has accused American officials of "insolence" for conditioning aid on the right to veto personnel choices.

Mark Sullivan, the Embassy's first secretary in the embassy's office of regional affairs, must leave the country within 48 hours because of his "unacceptable meddling," Foreign Minister Fander Falconi said.

Falconi said Sullivan, in a meeting with police in early February, questioned a decision by Ecuadorean Police Chief Jaime Hurtado to transfer the head of the Special Investigations Unit to another police post.

Interior Minister Gustavo Jalk said Sullivan threatened to cut off "logistical and economic" aid to the unit, which investigates high-profile cases including drug trafficking. "We can't let foreign officials set conditions over internal affairs according to their own particular views."

On Feb. 7, Correa ordered the expulsion of U.S. Immigration and Customs Enforcement attache Armando Astorga for allegedly suspending $340,000 in annual aid because Ecuador would not allow the U.S. to veto appointments to the anti-smuggling police. U.S. Embassy officials said Astorga had completed his assignment and was already out of the country when Correa ordered him out….

Ecuadorean Security Minister Miguel Carvajal criticized the existence of "informal pacts and practices" that give the U.S. the right to participate in or give its opinion on police staffing decisions.

"It is unacceptable that in the name of these pacts a foreign country has the capacity to participate in the selection of national police officials," Carvajal said.

Correa, an ally of Venezuela's socialist President Hugo Chavez, said Astorga announced the suspension of aid to anti-contraband police in a Jan. 8 letter that also demanded they return all donated equipment - including vehicles, furniture, cameras and phones.

Correa said Astorga's letter, addressed to Ecuador's police chief, also revealed that $160,000 in yearly aid to the Human Trafficking Unit was "being reconsidered."

The United States gave Ecuador $42.4 million in development and security aid last year, including $8 million in counternarcotics funding, according to the U.S. Embassy.

(The State Department denied Ecuador’s charges, while expressing the fervent hope that we can throw more American taxpayer money at its corruptocrats, and take more abuse, in return.)

Now left me get this right. The U.S. federal government permits foreign embassy and consulate officials from countries getting billions in aid from us to shamelessly meddle in American internal affairs, but a foreign country getting $42.4 million in handouts from us has zero tolerance regarding American officials attaching any strings to the largesse? And why were we shipping millions of (as of this writing still) precious dollars to a country that is allied with one of our most outspoken enemies, and which is sending thousands of criminal invaders yearly into our own country, in the first place?

We should have cut off aid years ago to Ecuador, whose consulates already in 2003 began issuing fraudulent matricula consular ID cardsto illegal aliens on American soil. Let the Ecuadoreans’ good friend, Hugo Chavez, pay for them, and see if he’ll keep from meddling in their internal affairs! (According to Wikipedia/The Pretend Encyclopedia, Argentina, Brazil, Colombia, El Salvador, Guatemala, Honduras, Nicaragua and Peru also issue illegal aliens the matricula consular. Let us hope that the entry is as phony asmany of Wikipedia’s others.)

Meanwhile, we should be sending a yearly bill to every country that sends invaders our way, for the costs they incur on the American taxpayer, and expel all diplomatic personnel from nations that issue phony IDs to illegals here, or that meddle in our internal affairs.