From The Independent in the UK, a good example of my long-running theme about how discourse in English-speaking world is deteriorating toward a child’s view of Good Guys vs. Bad Guys based on identity Pokemon Points and partisanship. The leftist critic says that, while you might think Sacha Baron Cohen deserves cancelation, not that cancelation exists, for making fun of hip-hop fans, Muslims, and gays, but unlike Bad Guy comedians like Ricky Gervais and Dave Chappelle, SBC has saved himself from cancelation (which is a right-wing myth) by “evolving” by Punching Up (i.e., making fun of Republican voters) and demanding that the little people be censored by social media monopolies under the guidance of the ADL:

While his peers fret about being unable to tell jokes anymore, Sacha Baron Cohen has carefully avoided so-called ‘cancellation’ despite a dubious track record with race and stereotyping, writes Adam White

The “cancel culture” narrative promoted by the right-wing, if it existed, should have long ago led to Sacha Baron Cohen’s downfall. The British comic became a household name playing Ali G, a white, middle-class male appropriating black culture and hip-hop vernacular. It 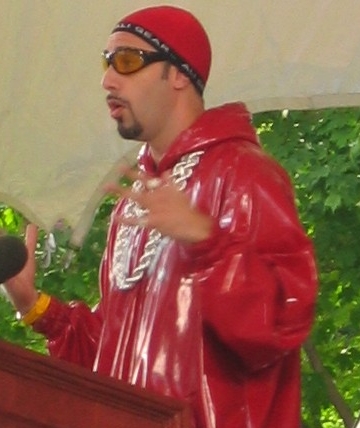 was a satire at the expense of men like Ali G, individuals trying on a persona they had no real right to adopt, but was also criticised for making hip-hop culture the butt of the joke, too – whether deliberately or inadvertently. Much of the same criticism trailed his later creations, the antisemitic, xenophobic Kazakh journalist Borat and the flamboyant gay fashion designer Bruno, both of whom have been accused of contributing to racism and homophobia as much as exposing them. And yet, for all his apparent sins, Baron Cohen is still here.

This week marks the release of Borat Subsequent Moviefilm, a belated sequel to the first Borat movie that is just as perceptive, cringeworthy and crude. That its arrival hasn’t been serenaded by controversy or “cancellation”, the perceived ruining that occurs in the wake of Twitter backlash, speaks to how successfully Baron Cohen has navigated treacherous waters. His approach has always tended to punch up – exposing the hypocrisy, ignorance and hatred in those wielding power, and expressing sympathy towards those lower down the social ladder haplessly parroting them….

Last year, Baron Cohen condemned Google, Facebook, YouTube and Twitter for “deliberately amplifying … stories that appeal to our baser instincts and that trigger outrage and fear” via their algorithms. It was a rare act of celebrity activism directly targeting platforms usually off-limits for criticism, but also got to the root of Baron Cohen’s survival. Here is a comedian able to see the world from outside of himself, who is aware of politics, corruption and what truly matters, and then slips it all into his work. While it’s easy to be distracted by the absurdity of Republican politicians being tricked into advocating for three-year-olds owning guns (as South Carolina representative Joe Wilson did in Baron Cohen’s Who Is America? series last year), truth and horror always bubble under the surface.

Many of the comedy figures Baron Cohen became famous alongside have been unable to evolve their worldview. Ricky Gervais regularly froths at the mouth about “outrage mobs” censoring comedy; Dave Chappelle spent much of his recent Netflix special ranting about what he is and isn’t allowed to say; David Walliams and Matt Lucas, meanwhile, only seemed to realise their use of classist and racist stereotyping on Little Britain was a problem after the BBC pulled the show offline this summer amid a reckoning over blackface in comedy.

That few high-profile stars engulfed in recent social media storms have been truly “cancelled” is a mere technicality – JK Rowling’s books are still bestsellers, Woody Allen’s still getting his films financed, and many of us will have seen more of Laurence Fox’s face this year than we have our own. Yet so many comedians seem to be fretting about it, even while remaining gainfully employed, injecting every interview with claims that they can’t tell jokes anymore. Baron Cohen, meanwhile, seemingly spends his downtime in between projects reading and learning, rather than sitting in an expensive house getting increasingly pissed off about non-existent things.

… In effect, Baron Cohen subverted 2020 “cancellation” and the apparent extinction of outrageous comedy not by rejecting it or complaining about what a victim he has become, but by evolving and maturing. OK, based on the gleeful cringe of Borat Subsequent Moviefilm, maybe just the former.