Our good friends at the St. Louis Metropolitan Police Department not only put out an annual report on crime broken down by race, but a weekly analysis of the yearly crime rate. Also, conveniently, breaking out violent crime by the race of suspects. 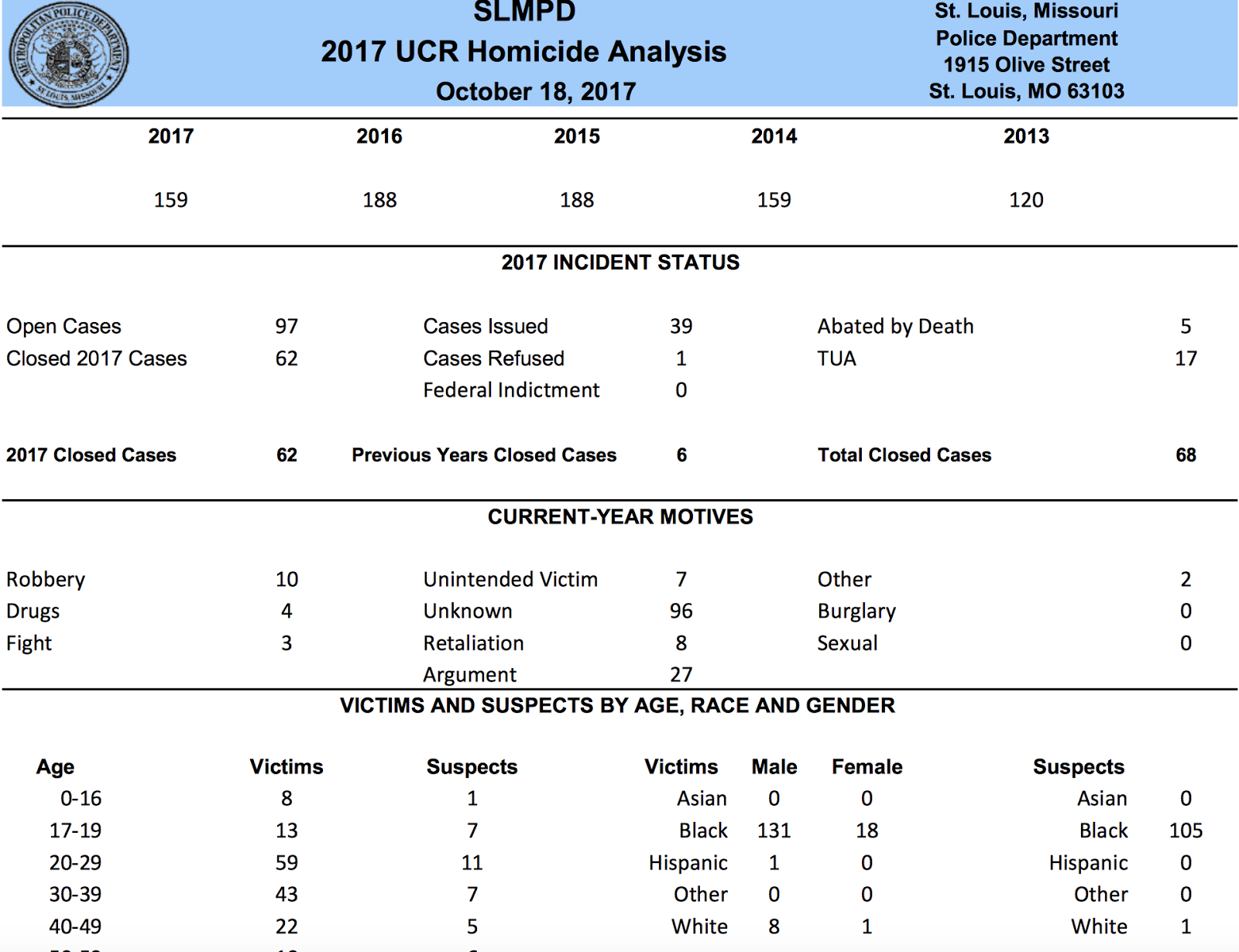 But we are told Black Lives Matter, right?