The AP story says Police search for man after 3 bodies found in California, because the AP Stylebook says that it's not "relevant" that a wanted killer is either Hispanic or an illegal immigrant, but it looks like a case of Immigrant Mass Murder, involving Mexican criminal gangs:

PERRIS, Calif. (AP) — Authorities are seeking an “armed and very dangerous” man who is believed to have killed three men and left their bodies in a Southern California cemetery, the Riverside County sheriff said Thursday.

The three men — Perris residents Jaime Covarrubias Espindola, 50; Jose Maria Aguilar-Espejel, 38 and Rodrigo Aguilar-Espejel, 28 — were killed at the same time. Their bodies were found Monday in the grass at the Perris Valley Cemetery east of Los Angeles.

Sheriff Chad Bianco said at a news conference there is a felony warrant out for the arrest of Jose Luis Torres Garcia, 33, with $3 million bail. Bianco did not say how the men were killed.

“We do not know his motive,” Bianco said.

The sheriff said Garcia acted alone and he knew the three victims. They were discovered in a cemetery near the grave of a man who died in Mexico. Officials have not said who the grave belonged to, or whether a relationship existed between that person and the recent victims.

“We don’t believe this was a random killing,” Bianco said. “A regular, normal resident of Perris should not have anything to be afraid of.”

The sheriff said Garcia has ties to San Jose, California, and Mexico. He has been deported twice. But authorities have not yet determined his current immigration status. There are already two misdemeanor warrants out for his arrest regarding other cases.[More] 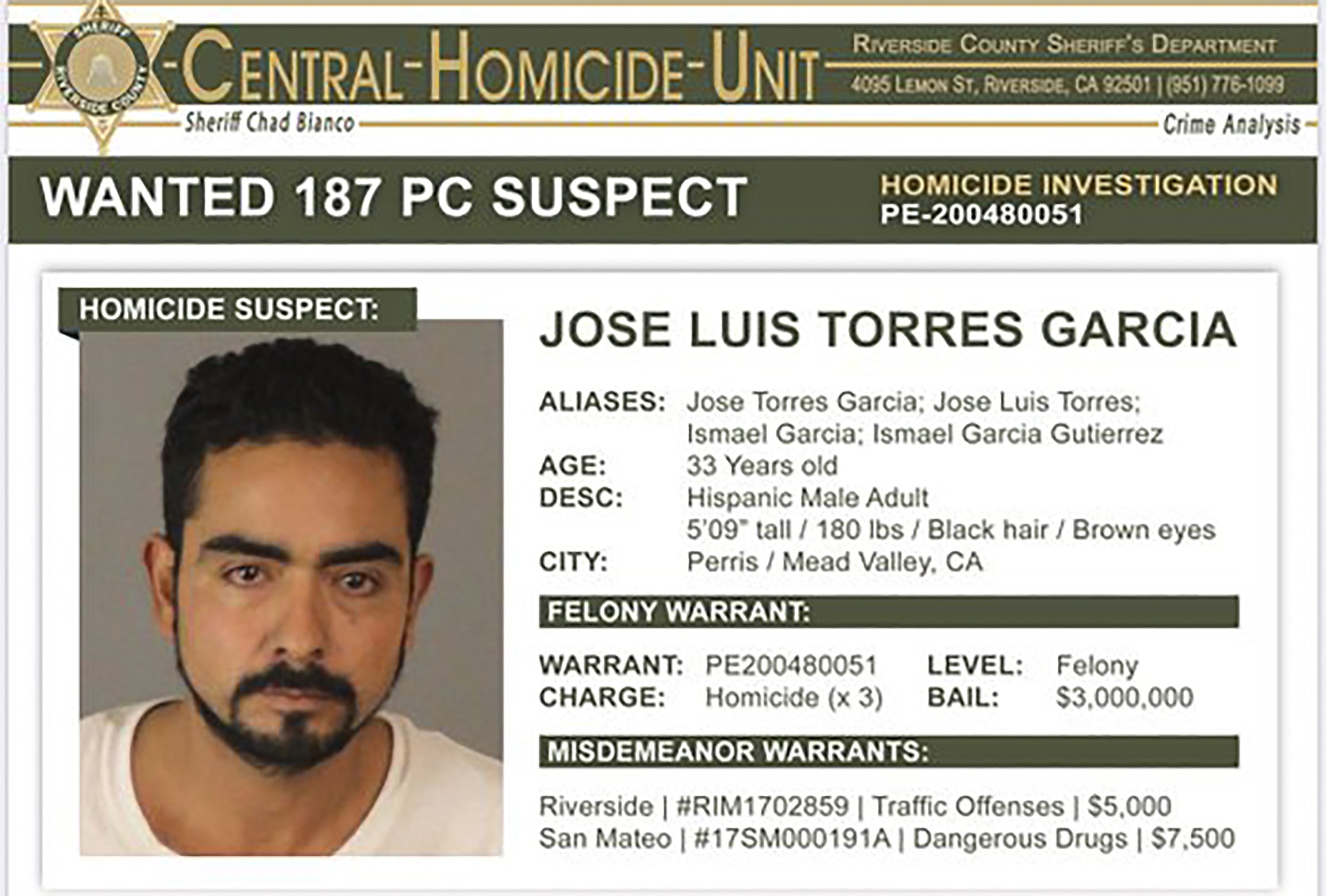