October 18 was a big media day for documentary filmmaker Namrata Singh Gujral, an immigrant to the United States who now thinks that open borders may not be a great idea.

Her film got a front-page treatment from the Washington Times, with an article titled ‘America’s Forgotten’: Democrat director discovers horrors of illegal immigration while making film. 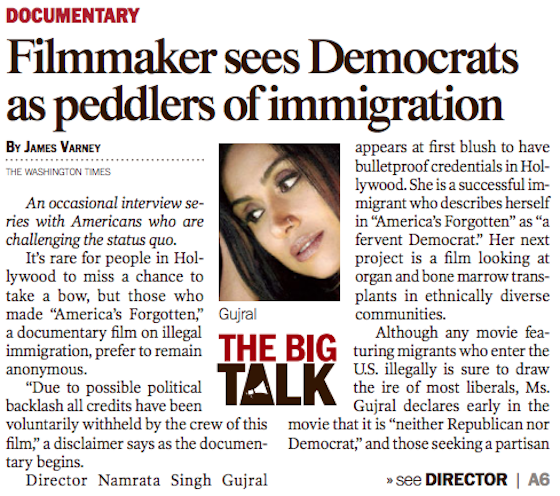 Gujral started her film with the intention that it was going to be pro-illegal alien, but the specifics of several cases convinced her that too much suffering and death was the real result — both from disastrous illegal border crossings and preventable crimes of unlawful aliens.

Following is the film trailer:

The film is available for streaming at AmericasForgottenMovie.com.