Immigrant Children In Detention—Who's At Fault?

Here's a story about a recent ACLU suit about conditions in immigration detention, especially for children:

All 10-year-old Kevin Yourdkhani remembers about the T. Don Hutto immigration detention centre in Texas is that it's "a very bad place for children and babies."

Yesterday, when the Toronto-born boy heard the deplorable conditions are bound to improve for young inmates, he wasn't fully convinced.

"I trust nobody there," noted Kevin, who, along with his parents, was detained at Hutto earlier this year for 45 days. "It's good that they are fixing up the problems but they should just shut it down."

In a landmark settlement this week between the U.S. Immigration and Customs Enforcement and the American Civil Liberties Union, Washington said it would improve the conditions for children and their families inside the Taylor, Tx. facility. The settlement is to be approved by U.S. District Court Judge Sam Sparks later this week.

Kevin, his father Majid and mother Masomeh Alibegi had been deported to their native Iran and were trying to fly back to Canada in February when caught carrying fake passports during an unscheduled landing in Puerto Rico.

The ACLU has issued a gloat, in English and Spanish:

I admit that the US Government should make an effort to keep the children of illegal immigrants happy while they're in custody, but first of all, no one has to stay in immigration detention. Just about anyone in detention can leave by agreeing to leave the country, and your tax dollars will pay for their ticket.

That's the meaning of the famous "Immigrants Crossing" sign, 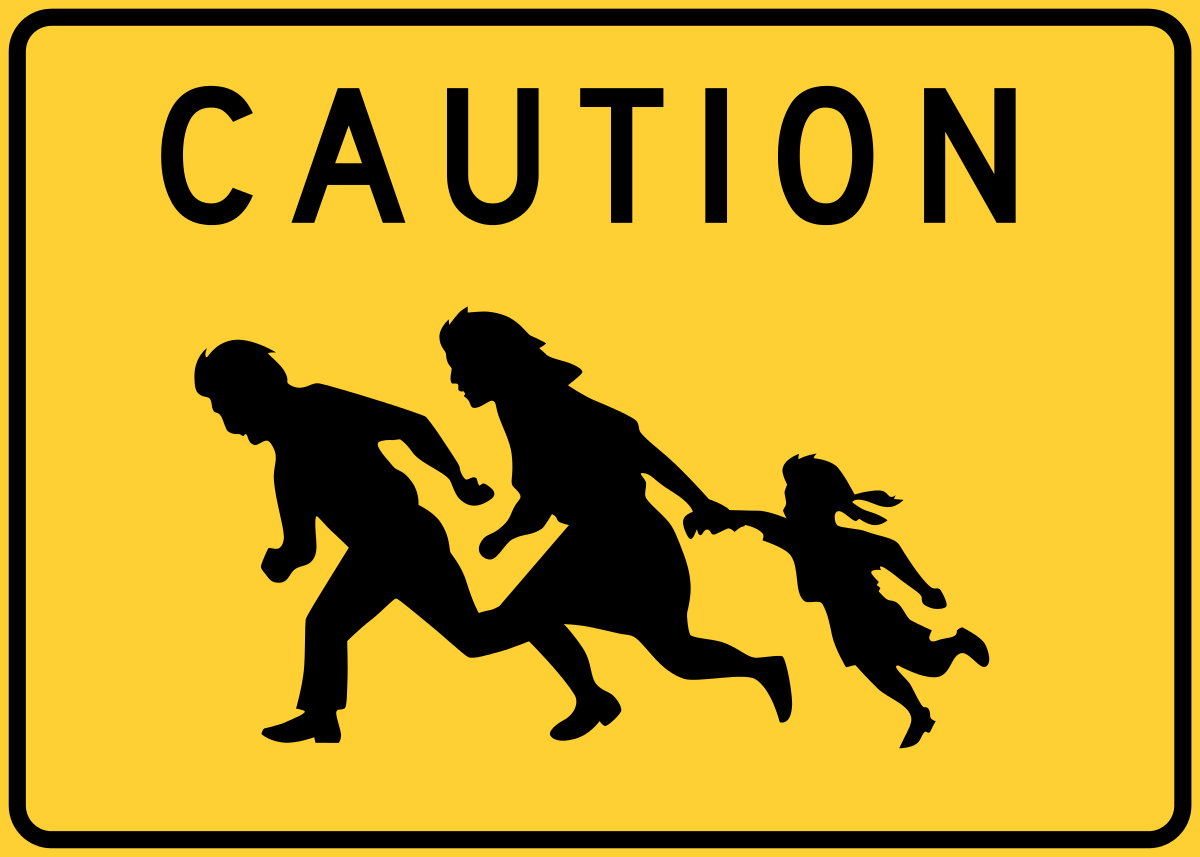 This is from Alien Nation, Page 238, about an early 90's trip to the Border, by Peter Brimelow, who saw, in an infrared scope, a father leading his small child by the hand across the river.

[T]hat point on the border the Tijuana River, through which that father must have dragged his child, is filled with raw sewage (Mexican sewage, although it then flows through U.S. territory).

And the entire no-man's-land is infested with bandits preying on the illegals. When we had arrived at the celebrated Smuggler's Canyon after nightfall, my guide had flatly refused to go up into it on the grounds that it was now too dangerous. (The novelist Joseph Wambaugh wrote a powerful 1984 true-crime bestseller, Lines and Shadows, about a San Diego Police Department undercover squad's heroic but ultimately vain effort to control this nightly carnage in the late 1970s. And traffic then was a fraction of what it is today.)

My young guide, in general remarkably cheerful about the Border Patrol's thankless task, said it was the illegals' children that he found the most distressing, too. Particularly when the Border Patrol got there too late and found that the bandits had already managed to steal them. Steal them? I said stupidly. "They sell them to child-prostitution rings."