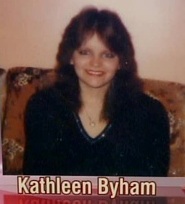 In today’s America, nowhere is safe from illegal alien violence.

Doing some Sunday evening shopping at WalMart in a rural area proved to be a deadly decision for Kathleen Byham. When went to her car in the store’s parking lot in Albion, New York, she was approached by three men who demanded her keys. She resisted and was repeatedly stabbed by Honduran illegal alien Luis Flamenco and died after being taken to a local hospital.

The police arrested Flamenco hours after the stabbing. They were aided by eye-witness descriptions and surveillance video from WalMart cameras. The police also arrested the two accomplices, plus three other illegal aliens in the course of the investigation.

According to the victim’s father, Scott Byham, Kathleen, aged 45, had just gotten her PhD in art. He expressed hope that the legal system would show Flamenco the same mercy he had shown his daughter.

Reportedly, Flamenco was wanted on a parole warrant from Georgia at the least. Why would an illegal alien get a parole rather that a deportation? Inquiring minds want to know.

An illegal immigrant has been charged with murder after stabbing a woman in a car park outside a busy superstore.

Luis A. Rodriguez-Flamenco is accused of repeatedly stabbing Kathleen I. Byham, 45 in the Wal-Mart car park west of the village of Albion in New York.

Rodriguez-Flamenco, 24, from Honduras was arrested after an all-night search by numerous police agencies.

He was refused bail and is being held in Orleans County Jail.

The stabbing happened at around 7pm on Sunday in the store’s car park at Route 31 and Gaines Basin Road in Orleans.

Police said the victim had just left the large discount retailer after shopping alone when she was approached by three men – including Rodriguez-Flamenco, as she arrived at her car.

Mr Hess said: ‘She suffered multiple stab wounds to the torso. She was shopping by herself and was not with any of the three men’.

Ms Byham of Albion was rushed to Medina Memorial Hospital, where she was pronounced dead at 7.40 pm.

Several witnesses to the attack gave police descriptions of the three men who fled the scene following the stabbing.

Two of the men were tracked down in separate homes in the village about 90 minutes after the attack.

‘We were able to locate them based on information we received,’ said Mr Hess.

The two men who were with Rodriguez-Flamenco did not actively participate in the murder according to police and have not been charged.

The pair who were also illegal immigrants from Mexico have been turned over to the U.S. Border Patrol.

‘This appears to be a random act of violence’.

Ms Byham had parked almost directly beneath a lamp post in the middle of the car park.

The lamp post also had a CCTV camera attached to it, which pointed directly to where she was stabbed. Police viewed the footage as part of their investigation.

A state police helicopter hovered over the area to the east of the village searching for the third suspect on the night of the attack.

Mr Hess said the extra help was ‘invaluable’ and that Wal-Mart staff had been ‘cooperative’.