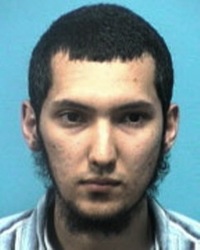 Imagine if a Tea Party member were convicted of planning to murder the President: the Opravda media would be in full shriek mode.

But when the aspiring assassin (Ulugbek Kodirov) is a diverse Muslim illegal alien, the press shows little interest.

The New York Times did mention the case in a blog concerning the internet aspect: Alabama Uzbek Who Plotted to Kill Obama Was Victim of Social Media, His Lawyer Says. Forget national security, let’s jabber on about Facebook!

There are areas that cry out for serious investigation by a curious reporter. In particular, how did Ulugbek Kodirov get a student visa claiming to be enrolled at Columbia medical school when he wasn’t? A Columbia spokesman said, “From the immediately available records we have no knowledge of this individual and no record of him being an accepted student.”

A couple of student visa terrorists come quickly to mind: Saudi national Khalid Aldawsari who was found guilty in June of a jihadist bomb plot and Faisal Shahzad the would-be Times Square bomber.

Another aspect how a Muslim immigrant, with few social connections in Alabama, spent his spare time exploring Islamist websites which are full of anti-American lies. Young Muslim males anywhere are susceptible to being drawn into jihadist activities by such means, like US-born Betim Kaziu.

Plus the case is yet another example of why Muslim immigration and temporary visas of any sort are are threat to national security and must end.

BIRMINGHAM, Ala. – An Uzbek man who came to America pursuing an Ivy League medical degree but wound up working seven days a week at a mall kiosk in Alabama was sentenced to more than 15 years in prison Friday for plotting to kill President Barack Obama.

U.S. District Judge Abdul K. Kallon imposed the sentence on Ulugbek Kodirov, 22. He had faced up to 30 years in prison.

Written and oral court pleadings showed Kodirov, whose parents are professionals who worked for the government in his native Uzbekistan, was accepted to study medicine at Columbia University in New York but never enrolled because his English was too poor.

He later moved to Alabama for a job and worked at the massive Riverchase Galleria in suburban Hoover, where the defense said he used his laptop and free wi-fi service to connect with extremists who turned him against the United States.

“I am truly sorry for every mistake that I have done,” he told the judge.

Defense attorney Lance Bell argued that Kodirov — who had the equivalent of a nursing degree in his native country before he moved to New York — had accepted responsibility for his actions and was trying to straighten out his life. He said Kodirov wasn’t “a big, bad terrorist.”

“I’m not calling him a victim, but he’s a victim to a degree of social media,” Bell said.

Assistant U.S. Attorney Michael Whisonant said Kodirov would have tried to kill Obama and a foreign group would have taken credit had he not been arrested a year ago.

“This case is an example of how our youth can be radicalized by the propaganda and lies on the Internet,” Whisonant told the judge.

Kodirov pleaded guilty in February to threatening to kill the president, providing material support to terrorism and unlawfully possessing a firearm. He said he came up with the plan to kill Obama as he campaigned for re-election after communicating over the Internet with a man he believed to be a member of an Uzbek Islamic group the United States classifies as a terrorist organization.

Members of the Islamic community in Birmingham helped in the case against Kodirov, prosecutors said.

A complaint said Kodirov contacted an unidentified person trying to buy weapons in early July 2011, and that person became a confidential source for the government. Accompanied by the witness, Kodirov purchased a Sendra M115A1 automatic rifle from an undercover agent at a Birmingham-area motel and made a final threat against the president, authorities said. The agent also gave Kodirov four hand grenades with the powder removed.

Authorities said Kodirov was in the country illegally because he obtained a student visa but never enrolled in school. He faces deportation after his release; Bell said he could be killed when he returns home for his actions.

The defense argued Kodirov was lonely and turned to the Internet for entertainment and companionship after moving to Alabama, where few people speak his native language. He was able to communicate with other believers in Islam over his laptop computer, they said.

A sentencing memorandum submitted by his defense attorney said Kodirov began viewing jihadist websites and YouTube videos. After communicating with Muslim men, “came to the belief that Americans were killing his people in cold blood.”

“Ulugbek then developed an anti-American attitude along with losing trust in Americans,” said the document. Kodirov’s beliefs changed after his arrest when he learned when he learned stories he had been told were lies, Bell argued.

Located in central Asia, Uzbekistan and was once part of the former Soviet Union. It is slightly larger than California and the vast majority of its population is Muslim.

Islamic terrorists have been linked to sporadic violence in the country for more than a decade, according to the State Department.